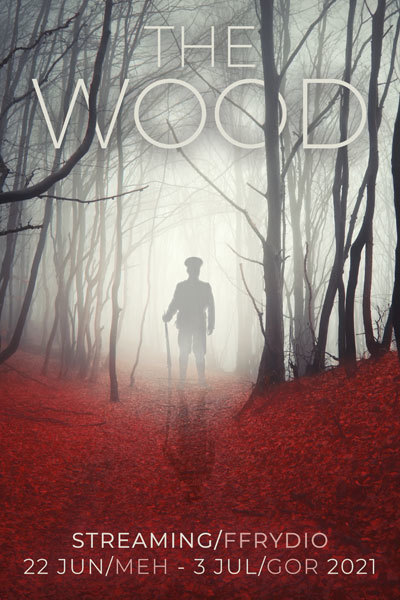 Pay What You Can

BASED ON AN IDEA BY IFAN HUW DAFYDD

“A tale of friendship, love and sacrifice set against the backdrop of a world in flames...”

From acclaimed Welsh playwright Owen Thomas, writer of the award-winning Grav, comes a digitally streamed version of the stage play originally written to commemorate the centenary of the end of World War I. Inspired by a true story.

Originally toured to packed out theatres across Wales in 2018, The Wood is a powerful, moving piece of theatre that lends itself beautifully to the screen. The streamed version reunites the original cast that toured in 2018; Ifan Huw Dafydd as Dan and Gwydion Rhys as Billy, alongside the original creative team; Director Peter Doran and Designer Sean Crowley.

The Wood was recorded on stage as live at the Torch Theatre, Milford Haven, under Covid-19 guidelines during lockdown 2021.

Sales will be disabled at 5pm on the day of the stream.