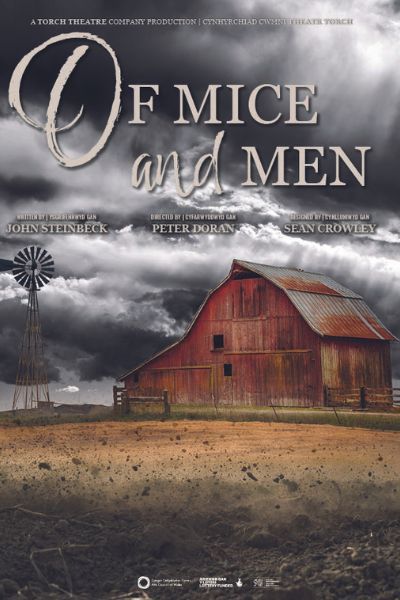 Of Mice and Men

Of Mice and Men, John Steinbeck’s literary classic (p.1937), narrates the experiences of George Milton and Lennie Small, two displaced migrant ranch workers, who move from place to place in California in search of new job opportunities during the Great Depression in the United States.

Steinbeck’s Of Mice and Men is very much a play for today. Although set during the Great Depression, the universality of people’s desire to seek a better life is just as poignant today as it was then. Economic migration, exclusion, friendship, loneliness, racism, sexism, violence, and attitudes to disabilities are all themes within the play and they all resonate just as strongly today.

This Torch Theatre Production will be Artistic Director, Peter Doran’s last drama before his retirement. Tinged with sadness for this reason, this production will bring home the ageless difficulties faced by migrants, giving voice to the lonely and dispossessed in a tense and surprising drama.

For School or Group Bookings, please contact the Torch Theatre Box Office on 01646 695267 or email boxoffice@torchtheatre.co.uk