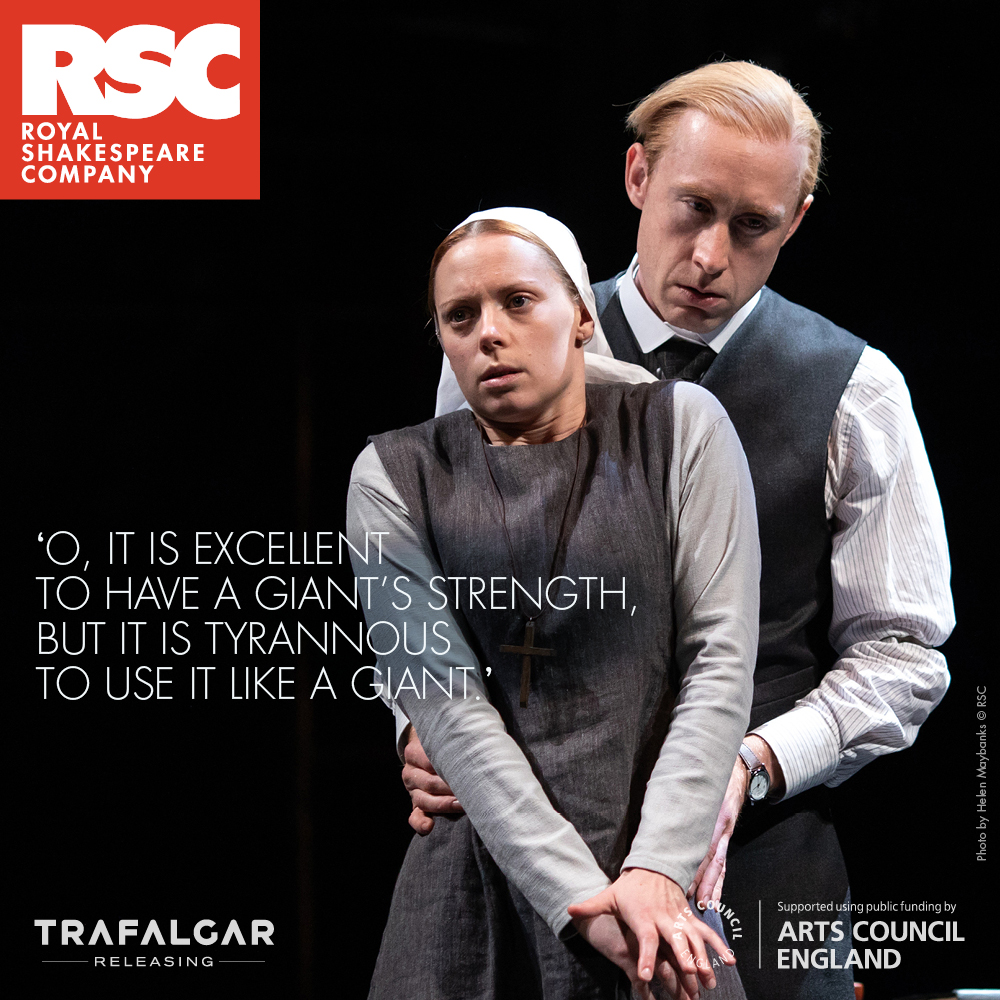 O, what may man within him hide,

Though angel on the outward side!

When a young novice nun is compromised by a corrupt official, who offers to save her brother from execution in return for sex, she has no idea where to turn for help. When she threatens to expose him, he tells her that no one would believe her.

Gregory Doran’s new production of Shakespeare’s Measure For Measure, will be screened at the Torch Theatre, Milford Haven on Saturday 31 August, recorded ‘as live’ from the Royal Shakespeare Theatre in Shakespeare's hometown of Stratford-upon-Avon.

Shakespeare wrote this play in the early 1600s, yet it remains astonishingly resonant today. Artistic Director Gregory Doran directs this new production: “The play has been called Shakespeare’s farewell to comedy. It is certainly the darkest of the comedies. He wrote it shortly after writing Troilus and Cressida, and while it doesn’t reach quite the rancid depths of that play, it certainly probes about in some pretty murky ponds. But I think that makes the play very contemporary. The Jacobean period was a time of uncertainty. The world seemed to have lost its moorings. Moral absolutes were being questioned. I think we recognise that today. We are suspicious of neat happy endings. Life is not like that, and Shakespeare here seems to feel the same.”

Enter the world of this lesser-performed yet timely production when RSC: Measure For Measure screens at the Torch Theatre on Saturday 31 August, recorded ‘as live’ from the Royal Shakespeare Theatre in Shakespeare's hometown of Stratford-upon-Avon, commencing at 7.00pm. Tickets are priced at £15 and £13 concessions, and are available from the Torch Theatre’s Box Office on 01646 695267 or https://torchtheatre.co.uk/rsc-live-measure-for-measure-encore/