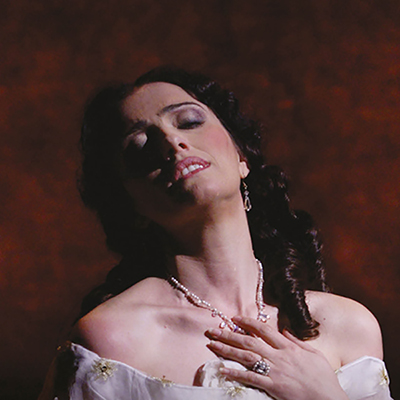 TRY OUT OPERA THIS JANUARY WITH THE ROYAL OPERA HOUSE


Explore culture and feel something new in January 2019 as Tchaikovsky’s The Queen of Spades and Verdi’s best-loved opera La traviata are screened at the Torch Theatre direct from the Royal Opera House in London’s Covent Garden this month.

The Queen of Spades (27 January) tells the story of Gherman (Aleksandrs Antonenko), a penniless soldier obsessed by both gambling and the beautiful Liza (Eva-Maria Westbroek). After Gherman tries to discover a winning card trick from Liza’s grandmother the Countess (Felicity Palmer), and she dies of fright, his obsession turns into madness. Stefan Herheim’s inventive production places Tchaikovsky himself at the heart of the action. The Queen of Spades features some of Tchaikovsky’s most beautiful music, with grand choruses, intimate arias and impassioned duets. Antonio Pappano conducts.

La traviata (30 January 2019), features a star cast including Royal Opera favourite Plácido Domingo. The opera tells the story of the Parisian courtesan Violetta (Ermonela Jaho) and her tragic love affair with Alfredo Germont (Charles Castronovo). Their romantic idyll in the countryside ends abruptly when Alfredo’s father Giorgio (Domingo), shocked by their scandalous liaison, persuades Violetta to leave Alfredo for the good of his family – even though he knows Violetta is seriously ill. A distraught Alfredo finally learns the truth when Violetta is on her death bed. The opera contains some of Verdi’s most inspired arias including Violetta’s ‘Sempre libera’ and ‘Addio del passato’. Antonello Manacorda makes his Royal Opera debut as conductor.

The Queen of Spades will be screened at the Torch Theatre on Sunday 27 January commencing at 2:00pm.

PLEASE NOTE: THIS IS AN ENCORE SCREENING.

La Traviata will be broadcast live to the Torch Theatre on Wednesday 30 January commencing at 6:45pm

For more details and to book tickets visit https://torchtheatre.co.uk/whats-on/live-broadcasts or call Box Office 01646 695267.