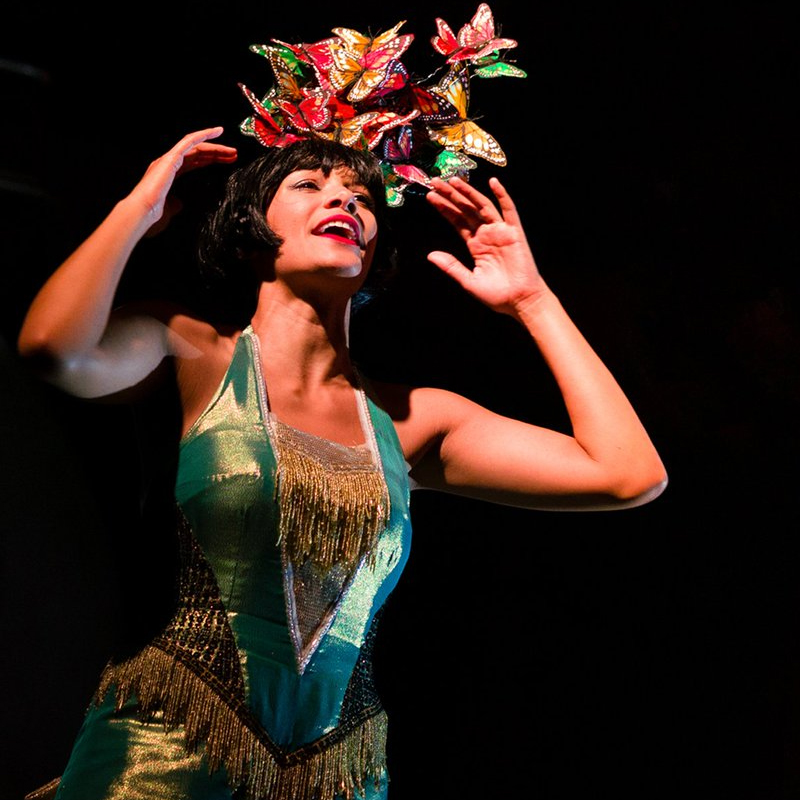 Recorded on the Lyttelton stage at the National Theatre on 10 September, ‘Margaret Atwood Live’ is a celebration of the global publication of the Booker-longlisted ‘The Testaments’, Margaret Atwood’s highly anticipated sequel to her seminal work, ‘The Handmaid’s Tale’.

The live event will include a Q&A between Margaret Atwood and broadcaster Samira Ahmed (Front Row, BBC Radio Four), and the screening of never-before-seen footage from a documentary on Atwood’s life and work; with exclusive readings from the new book by special guests, Lily James, most recently seen on stage starring in Ivo van Hove’s ‘All About Eve’, Ann Dowd (acclaimed for her television role as Aunt Lydia on Hulu's ‘The Handmaid's Tale’, for which she won an Emmy Award) and two-time Oscar nominee Sally Hawkins (‘The Shape of Water’).

The publication of Atwood’s ‘The Handmaid’s Tale’ in 1985 and the current, Emmy Award-winning television series have created a cultural phenomenon, as handmaids have become a symbol of women’s rights and a protest against misogyny and oppression. Sales of the English language edition have now topped 8 million copies worldwide. Margaret Atwood’s sequel ‘The Testaments’ picks up the story fifteen years after Offred stepped into the unknown, with the explosive testaments of three female narrators from Gilead.

Margaret Atwood says “I am delighted that the launch of ‘The Testaments’ will take place … by live-streaming to over 1300 cinemas around the world. I can’t be in all the places at once in my analogue body, but I look forward to being with so many readers via the big screen.”

This will be an unmissable and intimate event with Atwood, spotlighting her signature insight, humour and intellect.

In Brixton, Nora and Dora Chance – twin chorus girls born and bred south of the river – are celebrating their 75th birthday. Over the river in Chelsea, their father – and greatest actor of his generation – Melchior Hazard turns 100 on the same day. As does his twin brother Peregrine. If, in fact, he’s still alive. And if, in truth, Melchior is their real father after all…

Screening at the Torch Theatre Thursday 3 October, with another chance to see on Sunday 13 October, is the critically acclaimed five-star play ‘Wise Children’, adapted and directed by multi-award-winning director Emma Rice, the former Artistic Director of Kneehigh and Shakespeare’s Globe, from the novel of the same name by Angela Carter (‘The Company Of Wolves’)

In this brand-new theatre production, filmed for the cinema screen at York Theatre, Rice brings her unique, exuberantly impish vision to Angela Carter’s great last novel.  A big, bawdy tangle of theatrical joy and heartbreak, performed by a talented ensemble cast, this entertaining, all-singing and dancing show is a celebration of show business, family, forgiveness and hope, with a generous dash of Shakespeare, scandal and mischief, taking the audience on a rollercoaster ride of emotion.

Christine Costello of More2Screen comments: “we’re thrilled that this vibrant and inventive production of ‘Wise Children’ from the celebrated director Emma Rice will be seen by cinema audiences around the world in the autumn.”