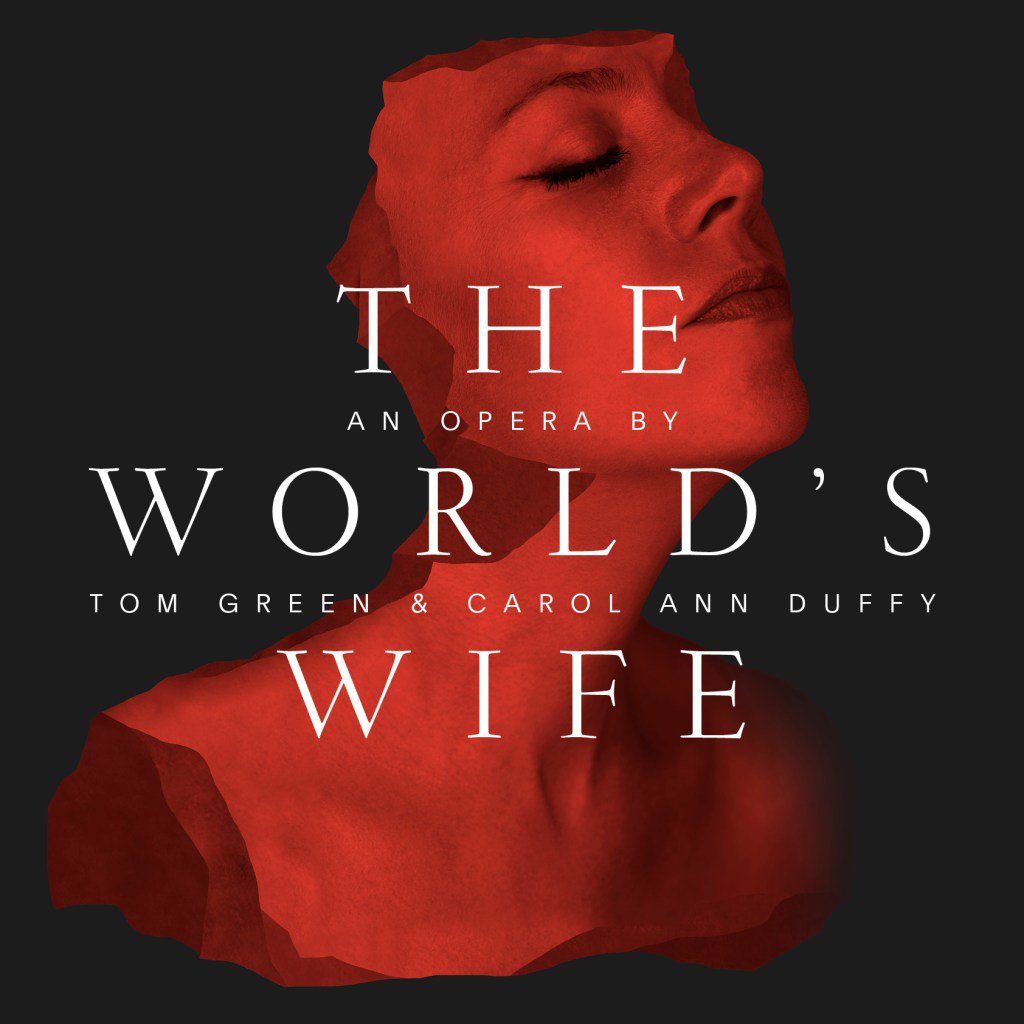 The World's Wife: an Opera by Tom Green and Carol Ann Duffy

we Queens, we mothers,

That saying? Behind every famous man...? From Mrs Darwin to Queen Kong, Carol Ann Duffy's The World's Wife is a poetry collection that takes a swipe at the famous men of history and myth from their spouses' perspective. Composer Tom Green has transformed these firework poems in to a 21st century opera for solo soprano and string quartet and loop pedals. Join us for the debut of a radical new operatic voice, as five onstage musicians construct disembodied choirs and armies of string quartets to tell a story we all share.

The feminist approach to the literary collection is further strengthened in Green’s work, as his score includes musical quotes of music by female composers – better known or forgotten – ranging fom Clara Schumann to Barbara Strozzi.

The musical staging of The World’s Wife thus features double revenge from the female point of view: not only do women re-tell world-renowned stories in their own words, but often overlooked musical works by women are here celebrated and become the perfect commentary to accompany the presented tales.

"I want to confront the tradition of 'undoing' female characters in opera, literature, history, our inherited culture - and Carol Ann Duffy's words are perfect for excavating these ancient prejudices. Composing with a motherlode of loop pedals has allowed me to have multiple active characters sung by a single soprano, all giving an explosive re-telling of their stories. As the string quartet loops itself from a string orchestra to an army of mechanical ants, the soprano's characters accumulate, and she becomes an archetype - the World's Wife. This piece isn't about healing old wounds, but drawing current questions into the spotlight. I've written the music using material from various female composers - is this just another man stealing women's work for glory? Maybe. Questions of gender are still with us, and they need to be asked."

The World’s Wife is a production by Welsh National Opera, Taliesin Arts Centre, Echo Forest, and The Mavron Quartet with support by PRS for Music Foundation, Arts Council Wales, and the Hinrichsen Foundation.

‘The World's Wife: an Opera by Tom Green and Carol Ann Duffy’ comes to the Torch Theatre on Friday 3 November. Start time 7.30pm.

Running time 70 minutes with no interval.

For more information, visit http://torchtheatre.co.uk/the-world-s-wife-an-opera-by-tom-green-carol-ann-duffy/ or contact our Box Office on 01646 695267