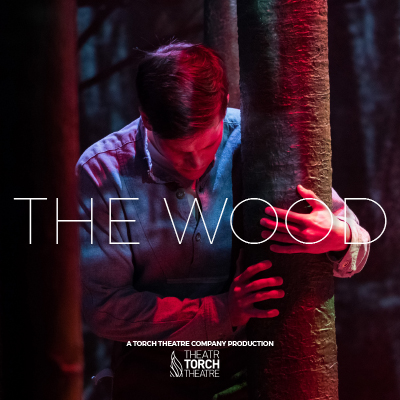 
Last Tuesday (20 February), Torch Theatre Company's Spring 2018 production ‘The Wood’ opened for the first night of a nine-date run, here at the Torch Theatre and was received with a rapturous standing ovation!

Inspired by a true story, ‘The Wood’ is a brand-new play from Owen Thomas, writer of the award winning 'Grav', written to commemorate the centenary of the end of World War One. The production is directed by our award-winning director Peter Doran (Best Director, Wales Theatre Awards 2017).

Here’s a round-up of some of the coverage ‘The Wood’ has received, including testimonials from our audiences as well as reviews and features in print and online.

Before the play hit the stage, the writer and director provided insights into the production and its real-life inspiration – Mametz Wood, the site of one of the Somme’s bloodiest First World War battles.

Owen Thomas told Pembrokeshire Life: “Peter wanted to mark the anniversary of the end of the war in some way and how it linked in with poetry and writing such as Sassoon and Wilfred Owen,” said Owen, going on to say: “It’s quite a poetic approach and is set in a clearing in Mametz Wood in 1966 when a soldier who lost his best friend in the battle returns there to lay a ghost to rest.

“The Welsh involvement in the battles, of course, was very strong and when I visited the site I spent about an hour and a half just walking through ‘The Wood’ soaking up the atmosphere.

“There are still shells on the ground and Welsh flags on the trees. It’s a very haunting place and I wanted to capture that in the play as well.

“I hope people are moved by it, I wanted it to be a very emotional experience.”

You can also read Owen’s account of writing ‘The Wood’in Arts Scene In Wales – “Mametz Wood really is a place of ghosts”: http://www.asiw.co.uk/my-own-words/owen-thomas-wood-mametz-wood-really-place-ghosts

In Arts Scene In Wales, Peter Doran shared his journey to directing The Wood: “I’d always planned to do something to commemorate the centenary of the end of the first world war and this seemed to be the ideal vehicle for Owen, his poetic style seemed very apt for such an emotional subject. We … did lots of research, looked at a few personal stories that had been documented locally; to my mind, there was definitely a play in there – somewhere.”

You can read the full article here: http://www.asiw.co.uk/my-own-words/peter-doran-journey-directing-wood

On Tuesday 20 February, the crew of S4C’s Welsh-language magazine series Heno took a look behind the scenes at the production. In case you missed it, you can catch up with it on BBC iPlayer here: http://www.bbc.co.uk/programmes/p05xc3mg

What The Press Says

Writing for the theatre world's leading weekly newspaper and website The Stage, reviewer Jafar Iqbal called ‘The Wood’ “a touching tribute to the fallen", commending the "soothing lyricism" of Owen Thomas’ monologues and Ifan Huw Dafydd’s "powerful lead performance... Dafydd is a dominating presence, both physically and vocally. He is a joy to watch. Humour constantly bubbles under his dialogue, but director Peter Doran makes sure this doesn’t dilute the melancholic nature of the subject matter."

For The Western Telegraph, Eifion Jenkins described ‘The Wood’ as “a moving and memorable drama”, praising not only the actors (“a riveting performance by Ifan Huw Dafydd ... and too by promising young actor Gwydion Rhys”), but also Sean Crowley’s “timeless and atmospheric” woodland setting – a place “of terror, wonder and fantasy”. Eifion's review can also be found on the Theatre in Wales website: http://www.theatre-wales.co.uk/reviews/reviews_details.asp?reviewID=3996

The Milford Mercury’s Kelly McFadden wrote “The acting was exceptional and appeared as exhausting for the actors as it was for the watching audience”, concluding: “I loved all aspects of the play, with its ability to make you laugh and cry within minutes.”

In a perceptive review for national theatre blog View From The Cheap Seats, Liam McKenna described ‘The Wood’ as “a refreshing, heartfelt, Welsh perspective the like of which you don’t tend to see and it provides a necessary reminder of the harsh realities and human cost of war”, and “cleverly layered with moral tales of responsibility, of legacy, and the reliability of accounts of history”.

Writing for Arts Scene Wales, Amanda Griffiths called ‘The Wood’ “a gripping and touching drama”, with acclaim for the “authenticity” of the story, the actors’ stamina and chemistry, and James Williams’ “beautiful” music and sound design

The Tenby Observer wrote: “The play explores many challenging themes poetically and movingly.”

Wales Arts Review: "Ifan Huw Dafydd who plays Dan is an imposing figure with a booming voice; a senior actor who holds the play and commands its audience for its first third"

Just a small selection of the comments Torch audiences shared on social media about ‘The Wood’ :

What an incredible evening at The Torch! ‘The Wood’was gripping from the start. How just two people can keep you mesmerised throughout is fantastic. I am an emotional wreck! Huge congratulations to Peter Doran and the cast. See it if you can. - Elizabeth Greenslade, Facebook

One of the play’s two leads, Ifan Huw Daffydd (‘Dan’ in ‘The Wood’), took to Twitter to share a particularly touching interaction with one audience member:

An elderly gent proudly wearing his and his father’s medals shook my hand after the show tonight @Torch Theatre saying that #thewood was a fitting tribute to his father's memory. Thank you sir.

'The Wood' is playing at 7.30pm until Thursday 1 March and there will be a midweek matinee performance on Wednesday 28 February.

This play contains some strong language.

For more information or to book tickets visit https://www.torchtheatre.co.uk/torch-theatre-company-presents-the-wood/ or call our friendly Box Office on 01646 695267 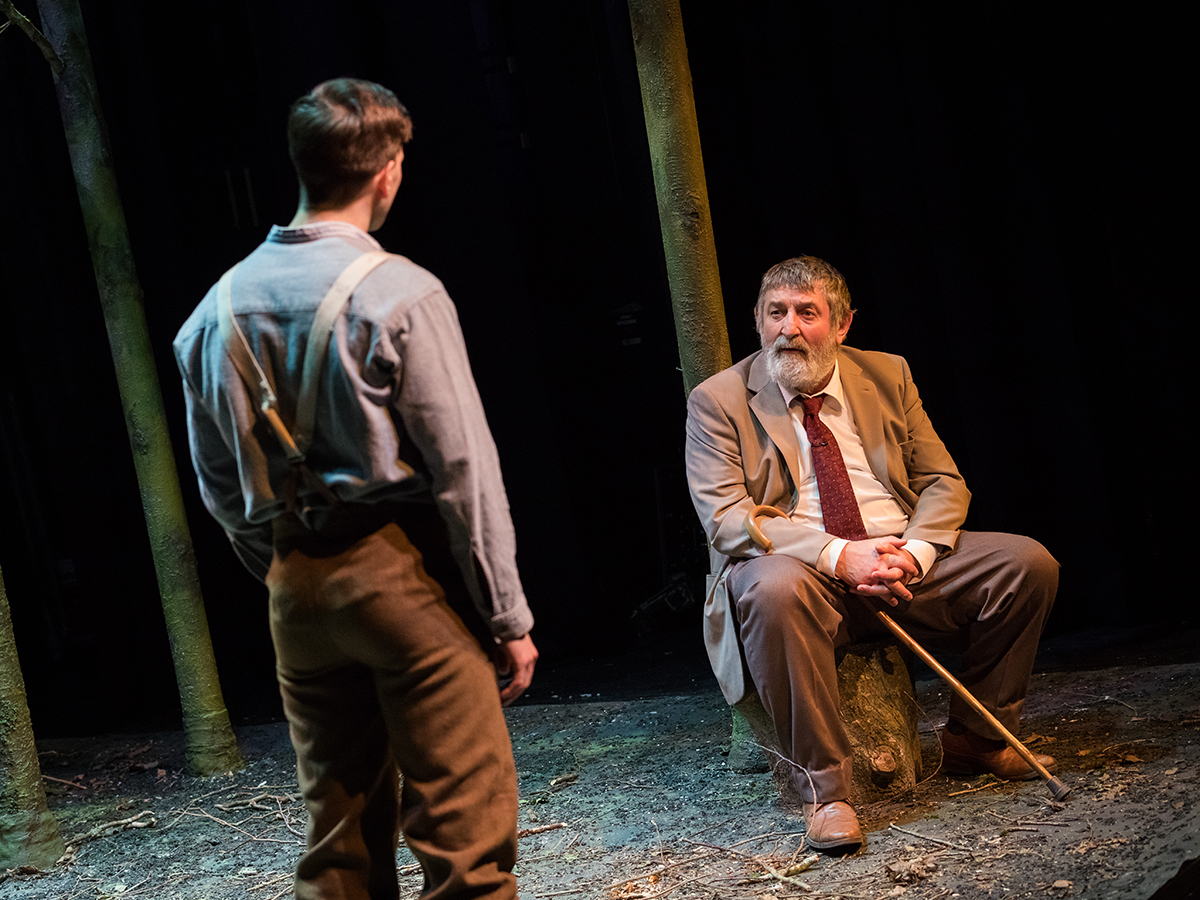