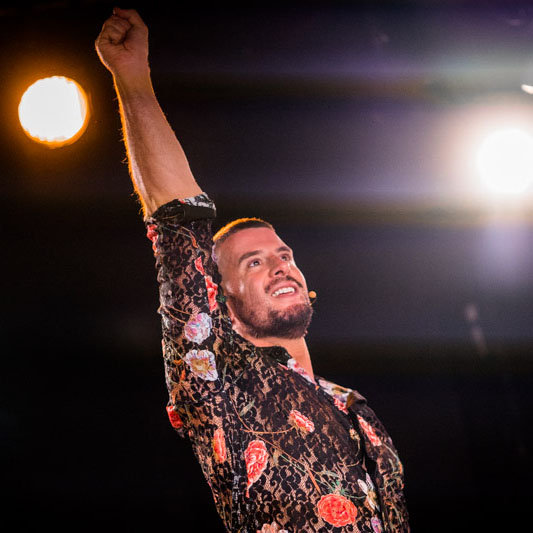 THE TORCH THEATRE MARKS LGBT HISTORY MONTH WITH A RIOT OF A SHOW!


To commemorate LGBT History Month this February, the Torch Theatre is bringing the critically acclaimed one man show Riot Act direct from London’s West End to the west end of Wales, for this, the only Welsh date of the tour.

From the producers of Gypsy Queen, which played at the Torch Theatre in May 2018 to great acclaim, the critically acclaimed Riot Act is a hard-hitting, hilarious and moving exploration of the history of the LGBT rights movement.

Created by playwright/performer Alexis Gregory from interviews with Michael-Anthony Nozzi, one of the only remaining Stonewall survivors; Lavinia Co-op, a 1970s London radical-drag artist; and Paul Burston, a prominent 1990s AIDS activist, Riot Act takes audiences on a breathtaking journey through six decades of LGBT+ history.

The theme of this year’s LGBT History Month is ‘lessons from the past’ and these are stories that need to be heard. So, join us on Tuesday 11 February to mark LGBT History Month - it’s going to be a riot! We will also be marking LGBT History Month with Transcape, an exhibition of transgender art by Annabelle May Hampton, on display throughout February in the Joanna Field Gallery, Torch Theatre.

For more information and to book tickets, visit https://torchtheatre.co.uk/riot-act/ or call the Box Office on 01646 695267.