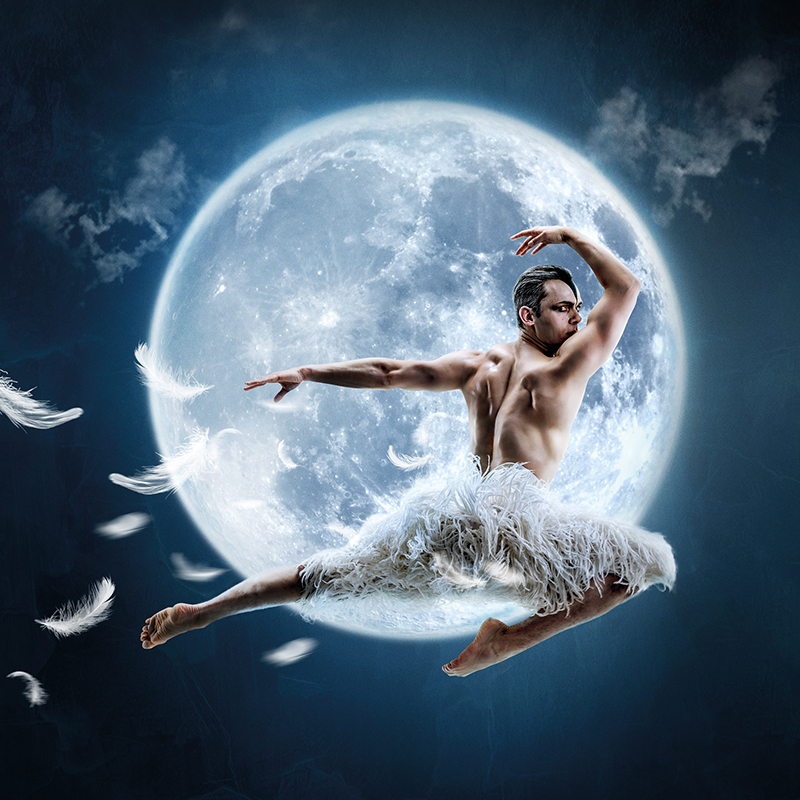 
Filmed Live at Sadler’s Wells Theatre, London in 2019, Matthew Bourne’s Swan Lake comes to cinemas with a fresh look for the 21st century.

Screening at the Torch Theatre, Milford Haven on Saturday 24 May, 5pm; with an encore screening on Saturday 8 June, this thrilling, audacious and witty production is perhaps still best known for replacing the female corps-de-ballet with a menacing male ensemble, which shattered convention, turned tradition upside down and took the dance world by storm.

Retaining the iconic elements of the original staging loved by millions around the world, Matthew Bourne and award-winning designers Lez Brotherston (Set & Costumes) and Paule Constable (Lighting) have created a ‘spellbinding’ (★★★★★ Independent) re-imagining of this classic New Adventures production. Filmed live at Sadler’s Wells Theatre in London Matthew Bourne’s Swan Lake stars Will Bozier as The Swan/The Stranger, Liam Mower as The Prince and Nicole Kabera as The Queen.

Matthew Bourne’s Swan Lake will be screened at the Torch Theatre, Milford Haven on Saturday 25 May at 5pm and on Saturday 8 June at 2pm. Tickets cost £12.50 and £10 (concessions) and are available to purchase from the Torch Theatre’s Box Office on 01646 695267 or www.torchtheatre.co.uk