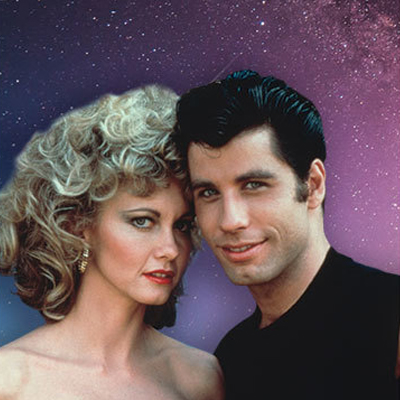 RE-LIVE THOSE ‘SUMMER NIGHTS’ WITH GREASE AT SUNSET CINEMA!


"The nostalgic rock’n’roll high school musical remains a sugar-rush of a film." - The Guardian

"It's every bit the great songfest it's hailed as, with bucketloads of innuendo thrown in behind some of the most energetic musical numbers ever to grace the inside of a movie theatre." - Empire Magazine

Calling all T-Birds and Pink Ladies, the classic high school musical goes back to school for a night to remember under the stars. As part of this year’s Sunset Cinema season, the Torch Theatre are proud to present a chance to enjoy Grease on big the screen, ‘on campus’ at Milford Haven CP School (Meads Site) on Friday 28 June.

Grease was the word when this movie came out in 1978, and the word is still alive and well today! Based on the 1971 Broadway musical of the same name, the hit film starring John Travolta and Olivia Newton-John, grossed nearly $400 million worldwide, making it the most successful movie musical of all time. Grease recently returned to TV screens in 2016, when a “live for TV” version was aired and went on to win five Emmys. A prequel, Summer Loving is currently in development with Paramount Studios.

Bring some friends, a blanket or chair and a picnic (maybe a brolly just in case) and soak up the beautiful surroundings before the main event! Make the most of your ‘Summer Nights’ and make this the ‘show that you want’ to see under the ‘Blue Moon’ in Milford Haven.

Tickets are on sale now from the Torch Theatre’s Box Office on 01646 695267 or www.torchtheatre.co.uk. Advance tickets are £11 each and are available to 5pm on the day of the event. From 5pm, tickets are only purchasable at the gate, priced £13.

This is an outdoor event so please check the weather forecast beforehand and dress appropriately. If it rains the show WILL go on. Only in the case of extreme weather, such as dangerously high winds will the screening be cancelled. For full T+C’s visit the Torch Theatre’s website.