PUT YOURSELF IN THE PICTURE AS A YOUNG FILM AMBASSADOR WITH THE TORCH THEATRE!


Are you aged between 14 to 18, with a passion for cinema and a desire to learn more about different aspects from across the film industry? This week, Milford Haven’s Torch Theatre have launched a fresh new scheme for teenagers from across Pembrokeshire who are interested in or have a passion based around film and cinema.

Commencing from the end of March 2021, the Torch Theatre Young Film Ambassadors scheme is an unmissable opportunity for teenagers to experience film in a fun and educational way; become a budding film critic, meet like-minded people and to make new friends. You will discuss and review films with your peers, get your reviews seen, and sharpen your skills as a reviewer as you explore writing and vlogging as part of the project.

As a Young Film Ambassador, this exciting, interactive project offers you the opportunity to watch and review current British, independent and blockbuster films. You will find out more about film with filmmaking and film studies digital workshops, with guest speakers and special presentations from industry insiders and creatives on aspects from production to publicity. Access to the films will initially be through digital streaming platforms, and then back on the big screen once the Torch is fully reopened.

The Torch Theatre’s Young Film Ambassadors scheme has been made possible by National Lottery funding distributed by Film Hub Wales, through the BFI FAN Film Exhibition Fund which was awarded to the Torch in the Autumn of 2020.

“The Young Film Ambassadors scheme is a fantastic opportunity for budding film enthusiasts to learn more about films and cinema from across different aspects of the industry. We will initially run the scheme online until it is safe to return to the Torch which will then give a deeper insight into what we do. I would like to thank Film Hub Wales, BFI FAN and the National Lottery for their support in allowing us to create this scheme for our younger audience members in the Pembrokeshire community.”

Want to get involved? To apply to become a Young Film Ambassador, simply email marketing@torchtheatre.co.uk with the following information: Name, Age and Location, plus tell us what your THREE favourite films are and why. Successful Ambassadors will be contacted by 15 March 2021. For more information, visit the Torch Theatre’s website at https://www.torchtheatre.co.uk/yfa 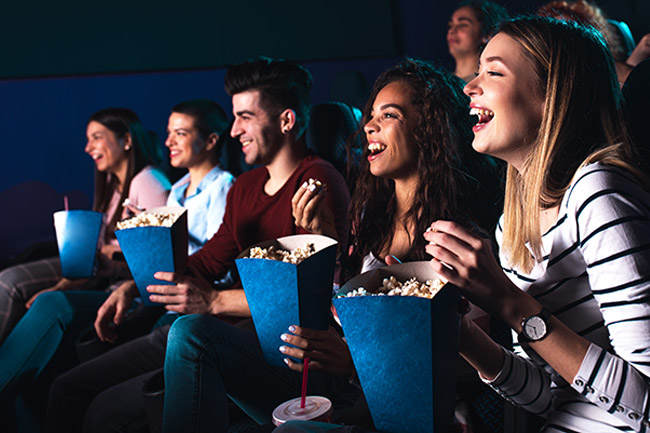