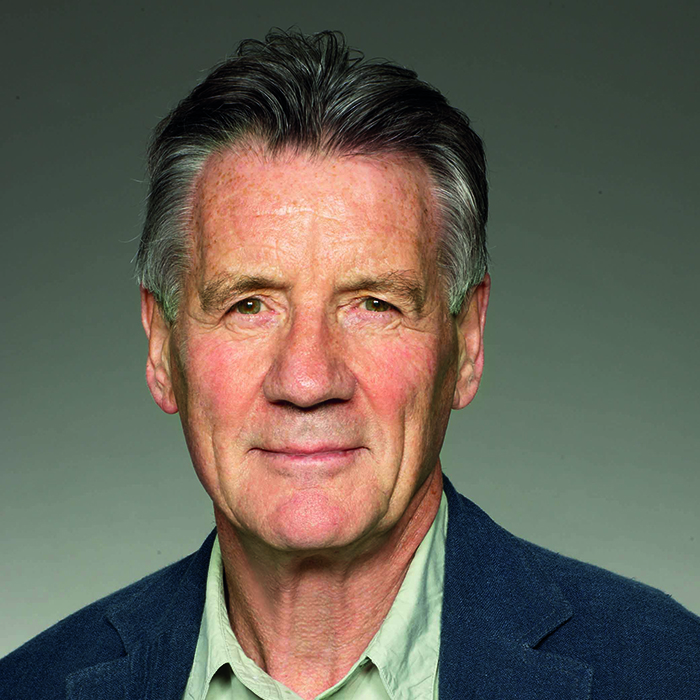 Michael Palin - Erebus: the Story of a Ship


An evocative and epic account of one of the greatest adventures of all time by master explorer and storyteller Michael Palin.

To celebrate the paperback publication of Erebus: The Story of A Ship, Monty Python star and much-loved television globe-trotter Michael Palin brings his brand new one-man stage show to the Torch Theatre, Milford Haven, on Wednesday 17 July. The talk is a fundraising event presented by The Pembroke Dock Sunderland Trust with the Torch Theatre.

In Erebus: The Story of A Ship, Palin brings to life the thrilling story of the tough little ship HMS Erebus that took on the Antarctic and the Arctic in the 1840s - from its construction and launch from Wales' only Royal Dockyard in Pembroke Dock, 1826. His richly illustrated talk conveys the triumph and tragedy of the ship’s short and doomed life, and what it was about it that made him so keen to tell its story.

Palin visited the Pembroke Dock Heritage Centre back in 2017 to meet up with naval historian and Centre Volunteer Ted Goddard to recall the story of HMS Erebus as part of his research for the book. He was shown displays at the Heritage Centre relating to HMS Erebus and also walked around areas of the Royal Dockyard which still remain nearly 200 years on. The Irish Ferries terminal, now part of the Port of Pembroke, covers the area where Erebus was constructed.

Signed copies of his book Erebus: the Story of a Ship, published by Arrow in paperback on 30th May, will be available to buy on the night of the performance. There will also be a short signing session after the show for ticketholders.