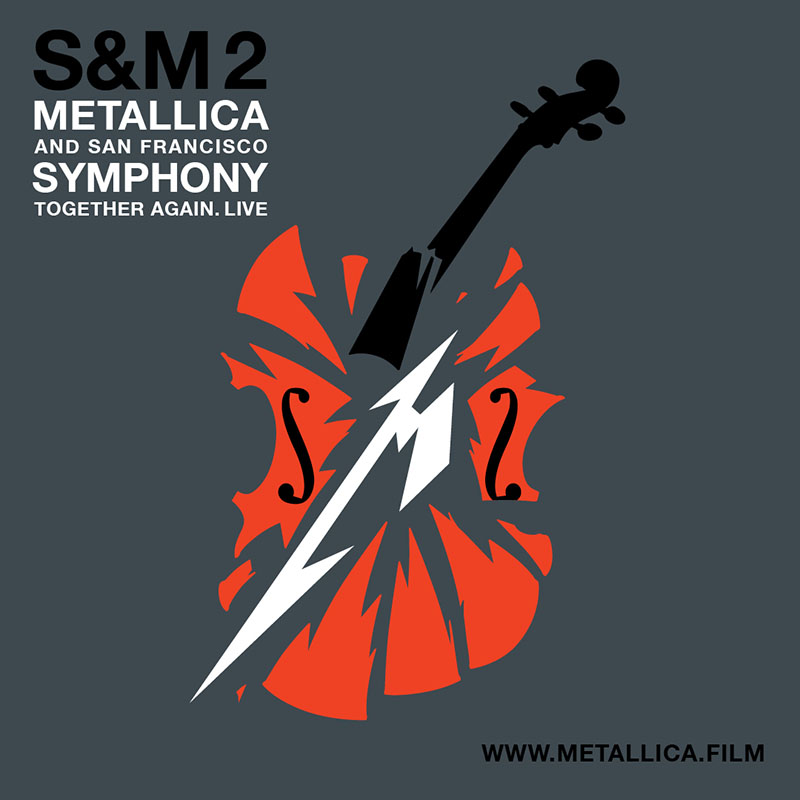 METALLICA ROCKS ON TO THE BIG SCREEN AT THE TORCH THEATRE

Celebrating the 20th anniversary of the 1999 performance and Grammy-Winning S&M album, Metallica & San Francisco Symphony reunite for S&M². Screening at the Torch Theatre on Sunday 14 and Monday 15 October, Metallica And San Francisco Symphony: S&M²  will feature the first live performances Of S&M arrangements in 20 years plus renditions of songs written and released since the original show.

Formed in 1981 by drummer Lars Ulrich and guitarist/vocalist James Hetfield, Metallica has become one of the most influential and commercially successful rock bands in history, having sold nearly 120 million albums worldwide and generating more than 2.5 billion streams while playing to millions of fans on literally all seven continents. The band's several multi-platinum albums include Kill ‘em All, Ride The Lightning, Master of Puppets, … And Justice for All, Metallica (commonly referred to as The Black Album), Load, Reload, St. Anger, Death Magnetic, and most recently Hardwired...to Self-Destruct, released in November 2016 and charting at #1 in 32 countries.

Legendary conductor Michael Tilson Thomas completes the first week of his final season as San Francisco Symphony Music Director with a special appearance, conducting a portion of the show.

Tickets on sale from https://torchtheatre.co.uk/metallica-san-francisco-symphony-sm2/ or by calling Box Office on 01646 595267.