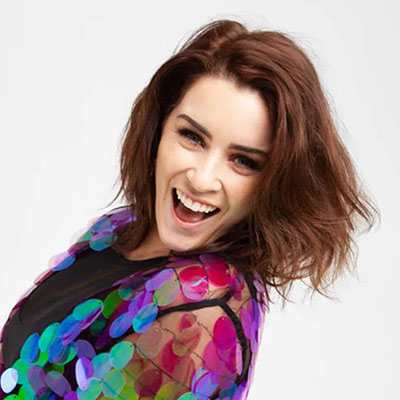 Lucie Jones 'up close and personal' at the Torch Theatre

West End and Television Star Lucie Jones is bringing her voice back home to Wales for an exclusive number of one-off 'up close and personal' dates including the Torch Theatre, Milford Haven, on Wednesday 3 April. The former X Factor finalist and West End actress invites you to join her for a thrilling, intimate evening as she performs an eclectic mix of songs from her favourite stage musicals, movie soundtracks and most adored recording artists.

As well as representing the UK in 2017’s Eurovision Song Contest, Lucie is an established star of both stage and screen. Her theatre credits include lead roles in ​Les Miserables, We Will Rock You, Legally Blonde, Ghost a​nd many more. Lucie won the DIMF Best Actress in a Musical Award for her performance as Elle Woods in Legally Blonde. More recently, she played Maureen Johnson in the 20th anniversary tour of RENT! The Musical. Her Television Credits include ​The X Factor UK, CBBC’s Sarah Jane Adventures, ​and ITV's ​Midsomer Murders. Lucie is also an established television presenter and has sung the Welsh national anthem at sporting events at both The Principality Stadium and Twickenham Stadium.

Filled with effortless charm, humour and stunning vocals, Lucie Jones – This Is Me promises to be an evening of superb fun and tremendous talent showcasing songs you know and love, as well as a few special surprises!

Tickets for Lucie Jones – This is Me at the Torch Theatre, Milford Haven on Wednesday 3 April are available from the theatre’s Box Office on 01646 695267 or visit torchtheatre.co.uk

Lucie Jones – This Is Me