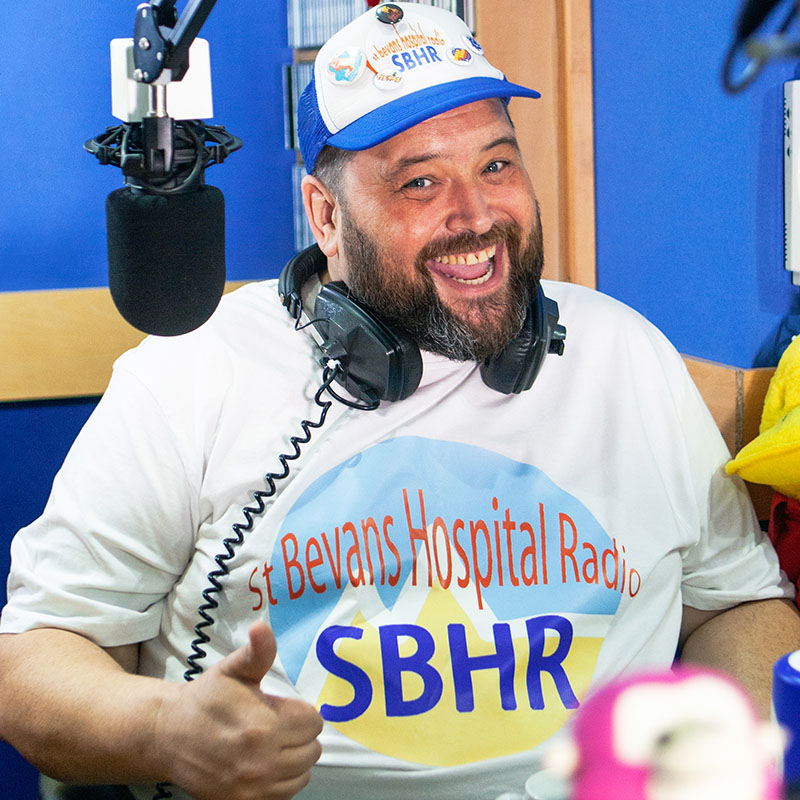 IT’S THAT MAN AGAIN! CHRISTIAN PATTERSON RETURNS TO THE TORCH IN ‘PEGGY’S SONG’


You’ll know him from the Torch Theatre Company’s smash hit production ‘One Man Two Guvnors’, which returns to the Torch this Autumn, but before he returns for ‘unfinished business’ Christian Patterson will be swapping trunks for turntables as hospital radio DJ Danny Walkman in Katherine Chandler’s ‘Peggy’s Song’, part of National Theatre Wales’ NHS70 festival.

Everyone’s got a song, and if there’s one thing Danny Walkman is good at, it’s getting people to tell him what their song is. Peggy doesn’t give much away, so it’s a race against time for Danny to find, and play, Peggy’s song.

Writer Katherine Chandler said “Peggy’s Song is my love letter to the NHS. I really wanted to write something that celebrated the many people who work for and give their time to the NHS and are at the heart of why it’s a service that’s so treasured by us all. I felt like I wanted it to be an uplifting piece about community and ordinary people.”

She continued “When difficult things happen to us in hospitals it’s more often than not the kindness of the people who work there that really stays with us and I wanted to look at that in my love letter and to celebrate it.”

“I think Peggy’s Song is a hopeful celebration of community and ordinary people doing extraordinary things. It’s funny and sad, and has a lot of great songs in it.”

Christian Patterson said “I am so happy that National Theatre Wales decided to revive Katherine Chandler’s beautiful play and that I get the chance to tour it around the beautiful theatres of Wales! This production is a labour of love for me and I know that the director, Phil Clark, feels exactly the same way. It’s going to be a great pleasure to share ‘Peggy’s Song’ and my character (Danny Walkman) with new audiences and take them on a rollercoaster ride of emotions.”

Christian goes on to say; “I returned to the Torch Theatre last year after a gap of nearly 20 years...I’m getting old! I played ’Francis Henshall’ in Peter Doran’s production of ‘One Man, Two Guvnors’...unfortunately the run of the play was cut short as I torn the retinas in both of my eyes! It hurt me very deeply not to be able to continue and left me with a sense of unfinished business so when Peter Doran suggested reviving the production later this year I said yes straight away...in fact, I finish ‘Peggy’s Song’ on the Saturday and start rehearsals for ‘One Man, Two Guvnors’ the following Monday so the Torch audiences are going to see a lot of me!”

To book tickets and for more information visit https://torchtheatre.co.uk/peggys-song-national-theatre-wales/ or call 01646 695267