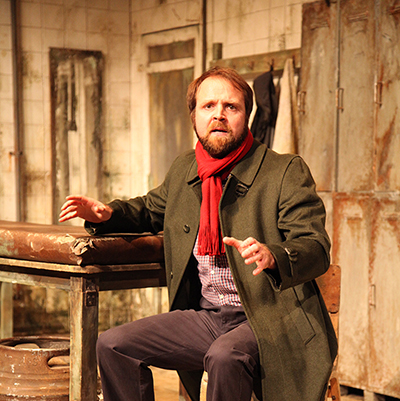 Since its launch in January 2015 at Parc-Y-Scarlets, Grav, The Torch Theatre Company’s award-winning one man show about rugby legend and cultural icon Ray Gravell has been seen and enjoyed by thousands across the UK – playing everywhere from an award-winning, sell-out show at the Edinburgh Fringe and as part of the official Rugby World Cup 2015 celebrations, to churches, schools, and Ray Gravell’s home village of Myndyddygarreg.

And now, the critically acclaimed production has just enjoyed its Off-Broadway debut, at the Actors Theatre Workshop, Manhattan, NY, on 16-17 March 2018, directed by the Torch Theatre’s Artistic Director Peter Doran and performed by Gareth John Bale.

The opening night received a standing ovation in front of Ray ‘Grav’ Gravell’s family - Mari, Ray’s widow, and his daughters Manon and Gwenan. The play’s writer, Owen Thomas, who was also present, said:

“To see 'Grav' greeted by a standing ovation in front of a sold-out New York audience was the highlight of my playwriting career to date. It marked another high-point in the ongoing journey of this play, and I look forward to seeing where it goes next.”

“We went to New York, not knowing what to expect, the worst scenario would be that nobody turned up at all; the best scenario would be a sell-out show and a standing ovation. Thankfully, we achieved the latter! An amazing experience with lots of interest from other theatres around America. A documentary about the ten-year anniversary since Ray Gravell died, goes out on S4C on Easter Monday and our trip to New York forms part of the documentary, so tune in and see for yourselves how it all went.” 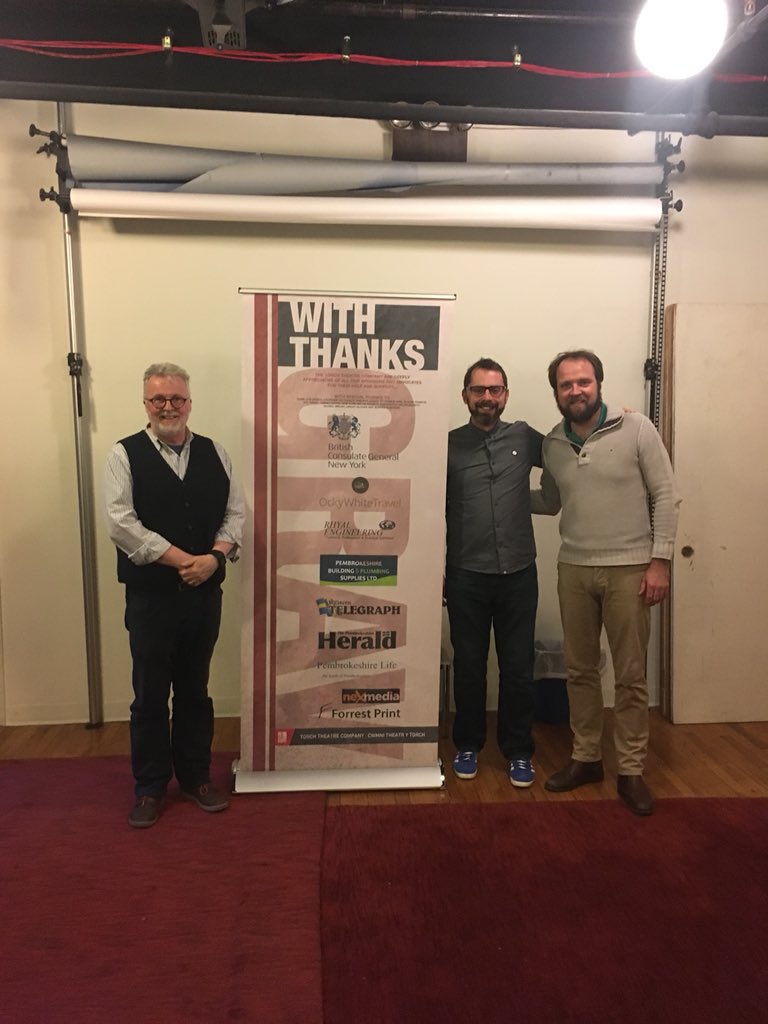