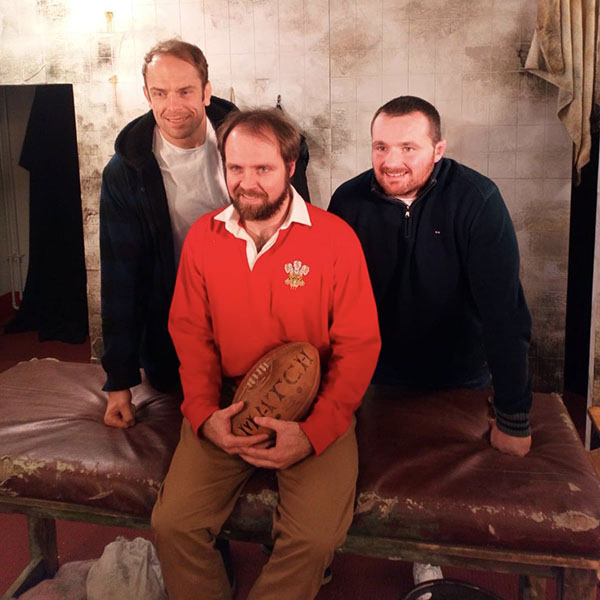 GRAV performs to the Welsh Rugby Team at the Principality Stadium

Four years on from the launch of GRAV at Parc-Y-Scarlets, Llanelli, the remarkable one-man show has seen no shortage of milestones – However, Monday 18 February is a date that will remain in the hearts and minds of all involved for years to come.

The Torch Theatre Company transformed the away (England) changing room into a theatre for the emotional and heartfelt one-man production GRAV; a show which explores the life and times of Ray Gravell, one of Wales’ most loved sons.

Playwright Owen Thomas who wrote GRAV described the night as “the proudest night of [his] playwriting career.”

Ken Owens and Robin McBryde were reduced to tears as they watched the emotional, patriotic one-man play. “The play was very good - it was powerful, the boys that went certainly enjoyed it, it definitely showed the pride that Grav had and we all have in Wales,” mentioned Wales star George North.

“I could hear ‘Muckers’ (McBryde) champing at the bit in the end. Muckers and Ken were both crying” North added.

Former Llanelli captain Robin McBryde was a close friend of Ray Gravell had been particularly touched by the performance. He went on to say “…It put us in a really good place mentally wise and we should have played straight after it. “If we can in any way match Gareth Bale’s performance on Saturday, it doesn’t matter if the roof is open or closed, there will only be one result.”

“It was truly a great honour to perform in front of such an illustrious audience – heroes all!

In the play, Gareth as Grav, talks about what it’s like to put on a Welsh Jersey and perform in front of the home crowd, not many of the 10,000 people who have seen our production to date could relate to that but here we were playing to a whole audience who knew exactly what we were talking about. Incredible.”

For actor Gareth J Bale, the show, while always an emotional performance, had special significance and is an experience he will never forget. Inspired by his Father to ‘always chase lost causes’, Gareth had taken a different direction early on in life, becoming an actor, despite dreams of playing Rugby for Wales – “I was decent…Decent isn’t good enough. I was crushed.”

“Yesterday I played Ray Gravell in front of Mari (Ray’s Widow), Manon, Gwenan (Ray’s Daughters), my family and the Welsh Rugby squad in a changing room at the National Stadium. It’s the closest I will ever get to playing for Wales. I played a hero. Told his story. Pulled on his shirt. It was an honour and it’ll stay with me forever.” 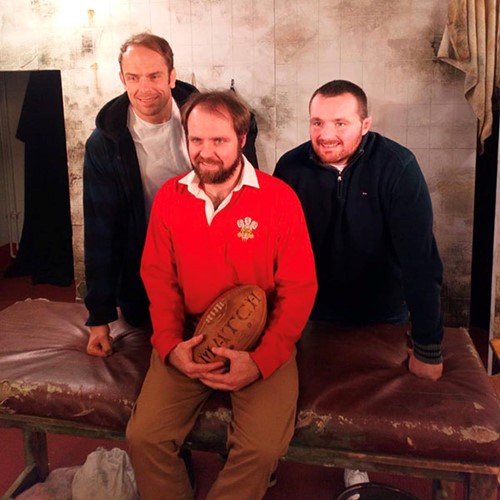 The Torch Theatre Company Production GRAV tours this February and March across Wales before a run at London’s Hope Theatre on 17, 18, 24 & 25 March. Full tour dates and information available on the Torch Theatre website: https://www.torchtheatre.co.uk/grav-show/