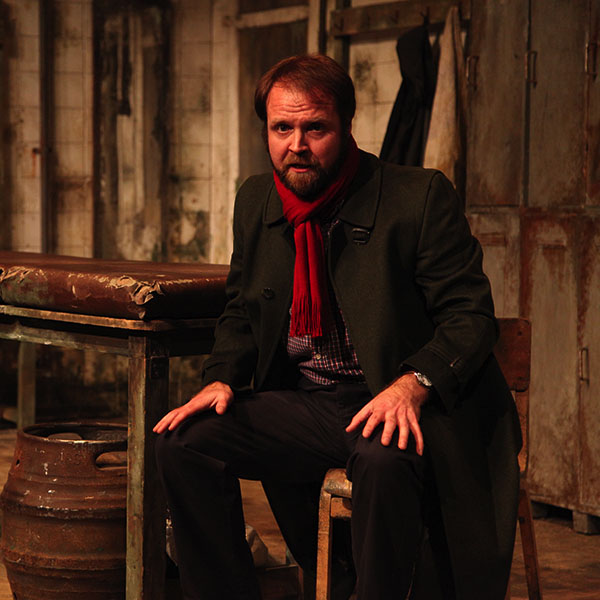 
The Torch Theatre production of Grav, the story of Welsh rugby icon Ray Gravell is on the road again and heading back to America.

In March of this year, the Torch took the production to New York where it sold out at the famous Actors Studio Theatre. The show will play the North American Festival of Wales in Washington DC.

The festival began in 1929 when over 4,000 people gathered at Niagara Falls for the first National Gymanfa Ganu. It became the largest gathering of the Welsh, descendants, and friends in North America. The festival is held in a different location each year, in either the U.S. or Canada, and celebrated over the shared Labor Day holiday weekend.

Torch Theatre Artistic Director, Peter Doran said ‘We really thought that the trip to New York would be the climax to the life of this incredible show but it refuses to lie down, how could we resist a trip to Washington? And the story doesn’t end there, the play, which is set in a rugby dressing room, will play in the Home dressing room of the Wales Milennium centre during the six nations in February 2019 where the auduence will be made up of the Welsh 6 Nations squad! We then do our fifth tour of Wales before finishing with a short run at the Hope Theatre in London – as long as the demand is there, we will keep going.’