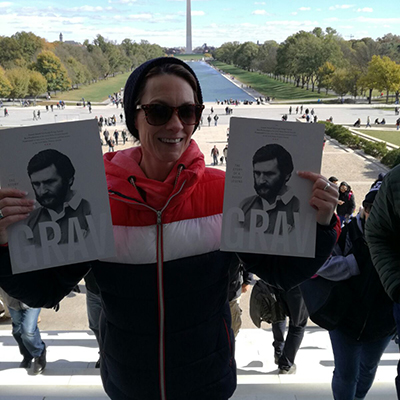 ‘Grav’ is going to Washington DC to take part in the North American Festival of Wales!

The Torch Theatre is delighted to announce that its award winning show Grav, about the rugby legend and Welsh national hero Ray Gravell, will be performed at the North American Festival of Wales 2018, at the Hilton Alexandria Mark Center, on Friday, August 31 and Saturday Sept 1, both at 10:30am.

The Hilton Alexandria is based in Alexandria, VA, just five miles out from the historic sights and monuments of Washington, DC, the capital city of the United States.

This will be the second time this year that the Torch Theatre Company will be bringing Grav to American audiences – Grav makes its off-Broadway debut on Friday 16 March 7.30pm and Saturday 17 March  2.30pm & 7.30pm at the Actors Theatre Workshop in Manhattan, New York.

Closer to home, Grav, about the rugby legend and Welsh national hero Ray Gravell, returns to the stage next month, performing at selected venues across Wales concluding with three performances at Milford Haven’s Torch Theatre on Thursday 8 and Friday 9 March.