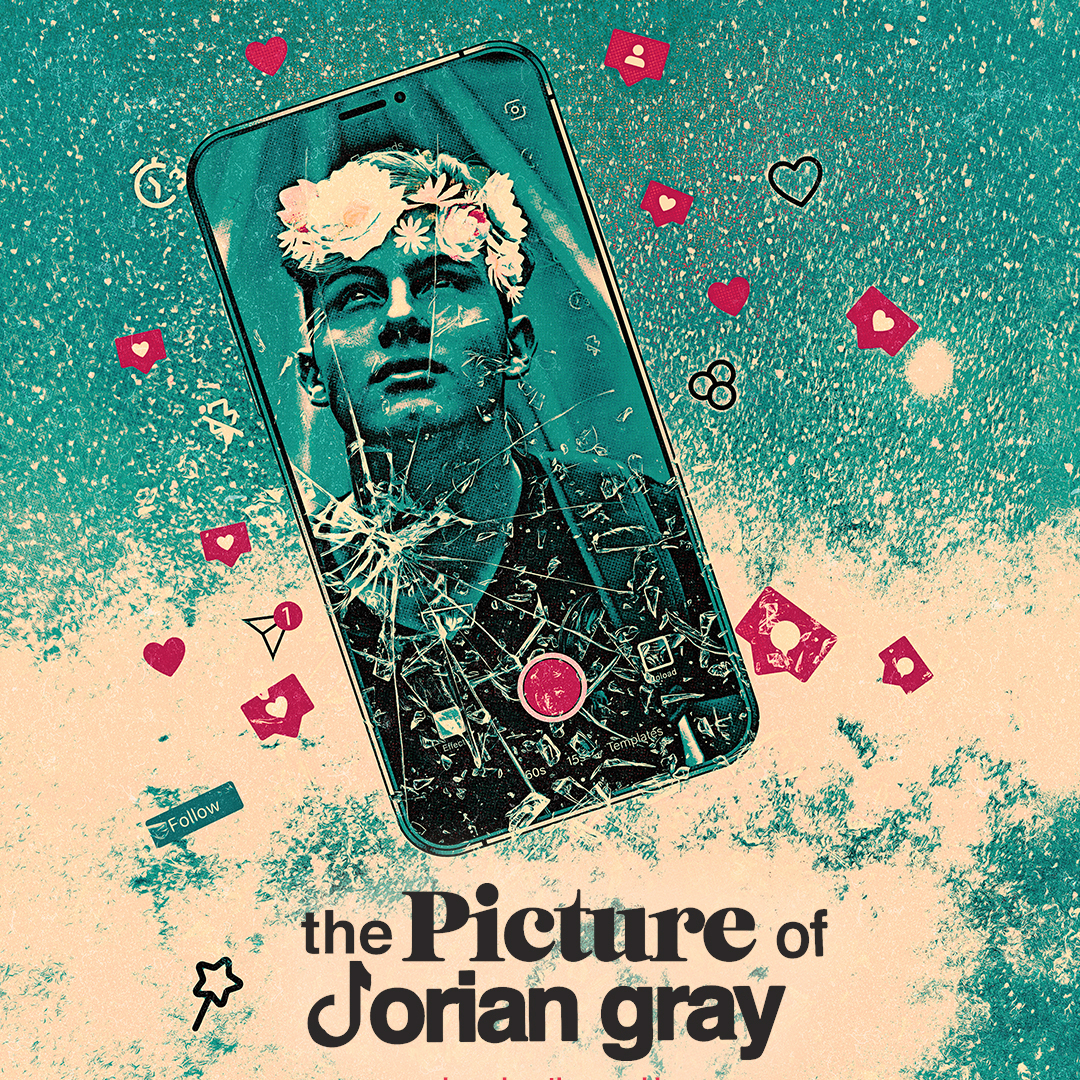 Go ‘Wilde’ For ‘The Picture Of Dorian Gray’, Live From The Stage To Your Screen!


From the team behind the New York Times Critic’s Pick production of What a Carve Up! comes a brand-new adaptation that brings Oscar Wilde’s Faustian tale kicking and screaming into a world of Instagram, Facebook and dating apps…

Although its doors currently remain temporarily closed as we enter 2021, Milford Haven’s Torch Theatre continues to keep the spirit of theatre alive, by co-hosting a digital production of The Picture Of Dorian Gray, a contemporary reimagining of the Oscar Wilde classic, from the team behind the celebrated digital production of What a Carve Up!

Set in a profile pic-obsessed, filter-fixated world where online and reality blur, influencer Dorian Gray makes a deal. For his social star never to fade. For the perfect self he broadcasts to the world to always remain. But as his mental health starts to decline, as corruption and murderous depravity start to creep into his world, the true and horrific cost of his deal will soon need to be met.

The Picture of Dorian Gray, which runs for two weeks from 16-31 March, will reunite the creative team behind What a Carve Up! with Henry Filloux-Bennett writing the new adaptation with direction by Tamara Harvey.

On being reuniting for this new production Henry Filloux-Bennett and Tamara Harvey commented, “So many of us have found ourselves living in an ever more online world over the last year. But the benefits and the connections digital have offered us come with a darker side - deterioration in mental health, isolation, online manipulation to name just a few. Following ‘What a Carve Up!’ we really wanted to explore what would happen if you brought Oscar Wilde’s Faustian tale kicking and screaming into a world of Instagram, Facebook and dating apps.”

The Picture of Dorian Gray will push the theatrical form, telling this new adaptation through multiple forms such as elements found in radio plays, films, documentaries as well as traditional theatrical techniques.

Their most recent collaboration What a Carve Up!, which featured an all-star cast including Alfred Enoch, Stephen Fry and Sharon D Clarke, achieved both critical and public acclaim throughout the November lockdown of 2020 with the production receiving the prestigious New York Times Critic’s Pick as well as being heralded as one of the best productions of the year by both The Guardian and The Telegraph.

Tickets can be purchased at pictureofdoriangray.com/torch with audience members receiving a screening link which will activate on their booked performance date for a 48-hour period. Tickets are priced at £12 which will include both a link to the production as well as a digital programme. Audio description and closed captioning will be made available for the production.

THE PICTURE OF DORIAN GRAY

Based on the novel by Oscar Wilde

Content warning: The Picture of Dorian Gray includes strong language and contains scenes of self-harm, suicide, death and mental illness which some viewers may find upsetting.