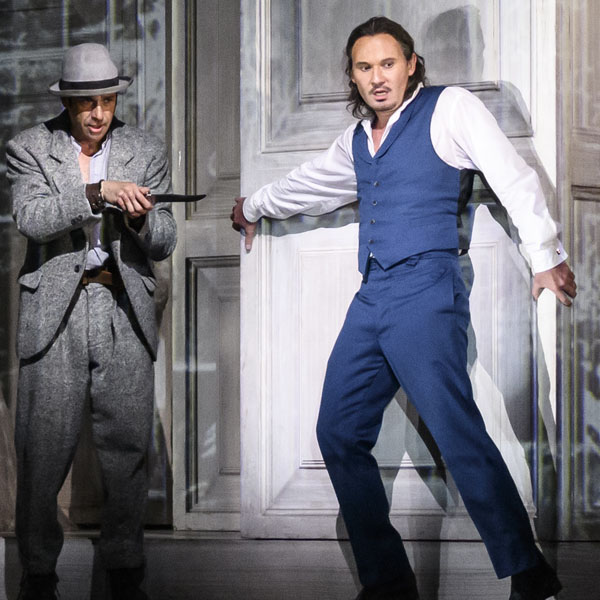 Get the best seats in the house for a new season of cinema screenings from the Royal Opera House!

Mozart’s engaging masterpiece Don Giovanni (Sunday 20 October) follows Don Giovanni, the women he serially seduces, and the vengeance that finally catches up with him. The opera is renowned for its ever-shifting portrayals of complex characters, fast-moving action and mix of the comic and the heartfelt. A cast of international singers – both familiar and making Royal Opera debuts – under conductor Hartmut Haenchen perform the glorious arias and ensembles of this opera favourite. Sung in Italian with English subtitles.

Royal Opera favourite Bryn Terfel heads the cast of a new production of Don Pasquale (Sunday 27 October) - Donizetti’s comedy of domestic drama across two generations. The witty story of a middle-aged man whose supposed young wife runs rings around him – with her own ulterior romantic purpose in mind – has long delighted and surprised audiences, not least as presented with the sparkle of its music and the virtuoso skill of its performers. Damiano Michieletto’s exhilarating production shows how contemporary the characters still are and how immediate and touching the story remains. Sung in Italian with English subtitles.

In addition to the live programme, new for 2019/20, Torch Theatre audiences have another chance to enjoy on the big screen The Royal Ballet’s 2016 festive favourite, The Nutcracker on 29 December 2019.

Meanwhile, opera buffs can get another fix this Autumn with Laurent Pelly’s enchanting NEW production of Massenet’s Manon, screening Saturday 2 November as part of the Metropolitan Opera’s 2019-2020 Cinema Season.

Starring exhilarating soprano Lisette Oropesa in the effervescent title role, Manon explores the devastating consequences when excess and passion collide. Maurizio Benini conducts Massenet’s sensual score with tenor Michael Fabiano as the besotted Chevalier des Grieux, whose desperate love for Manon proves to be the undoing of these unfortunate lovers.