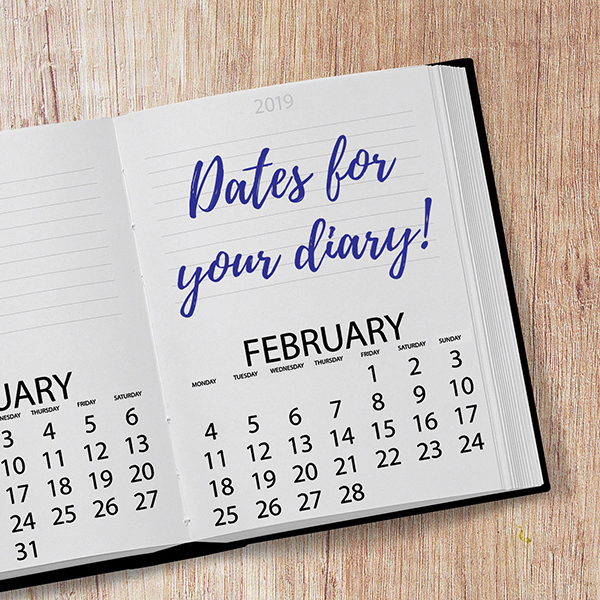 FEBRUARY HIGHLIGHTS AT THE TORCH THEATRE


The Torch Theatre have a host of entertainment scheduled this month, with something for everyone, from the latest kids films just in time for Half Term to opera and ballet – not to mention the triumphant return of ‘Grav’ and rugby mania as we screen Wales’ 6 Nations games LIVE on the big screen!

New film releases this month are ‘Mary Queen of Scots’ (Fri 8 – Thu 14 Feb), the heartbreaking ‘Beautiful Boy’ (Fri 8 – Thu 15 Feb), multiracial road trip movie ‘Green Book’ (Fri 15 – Thu 28 Feb), Melissa McCarthy up to no good with Richard E Grant in ‘Can You Ever Forgive Me?’ (Fri 15 – Thu 21 Feb) and Christian Bale as Dick Cheney, the most powerful Vice President in American history in ‘Vice’ (Fri 22 – Mon 26 Feb). Also worth a look will be ‘The Front Runner’ (Sun 17 – Wed 20 Feb), a political drama that sees the return of Hugh Jackman, in a very different role to that of ‘The Greatest Showman’!

Escapism and fantasy come in the form of the latest in the ‘How To Train Your Dragon’ series, ‘The Hidden World’ (Fri 22 Feb – Sun 17 Mar), and everything is awesome in ‘The Lego Movie 2’ (Fri 22 Feb – Sun 24 Mar) hitting screens during half term, these popular franchises promise to be great fun for kids of all ages; there’s also darker fare for slightly older youths in ‘Alita Battle Agent’ (Fri 22 – Thu 28 Feb), a Manga-styled CGI/live action cyberpunk dystopia.

February is an all-singing, all-dancing month when it comes to live shows here at the Torch Theatre, guaranteed to help you shake off the winter blues…

Artistic Licence Theatre Company is back with 'Sister Act – The Musical!' (Tue 5 – Fri 8 Feb) a divine musical version of the film made famous by Whoopi Goldberg! You’ll also be dancing on the ceiling all night long with ‘Oh! What A Feeling’ celebrating the music of Lionel Richie and the Commodores on Thu 21 Feb.

The Torch Theatre’s live broadcasts continue to offer the best in live performances from the world’s greatest stages, with an encore screening of The Royal Ballet’s vibrant production of 'Don Quixote' (Sun 24 Feb).

The 6 Nations is here and the Torch Theatre are screening all of Wales’ games in the championship, LIVE on our HD big screen. Soak up the atmosphere and enjoy a beer* and a beef burger** while cheer on the boys!

Closer to home, The Torch Theatre brings back to life the story of one of Welsh rugby’s true icons: the late, great Ray Gravell, as our award-winning show ‘Grav’ (12 – 14 Feb), written by Owen Thomas and starring Gareth J Bale as the rugby legend and cultural icon.

So, whatever the weather, the Torch Theatre can offer you a warm Pembrokeshire welcome and a diverse range of arts and entertainment to appeal to all audiences, and Café Torch is the perfect venue to get out of the cold and catch up with a friend over a cuppa and a cake or to enjoy a delicious pre-show meal!

For more information on what’s on at the Torch, including dates, times & prices of specific events, you can pick up one of our brochures on site or at various drop-off points around the county, or you can browse and click through them online on any device: https://torchtheatre.co.uk/our-brochures/