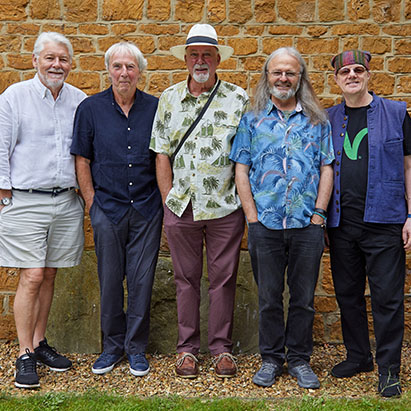 
Whether you are a long-time fan or a newcomer to their music, an evening with Fairport Convention is sure to surprise and delight you.

“Impressive musicians with a great back catalogue... (they) take chances and clearly enjoy themselves.” The Guardian

Fairport Convention has been making great music for over fifty years. Credited with originating British folk-rock music, the band has been through many changes but the current members retain a passion for live performance.

Coming to the Torch Theatre, Milford Haven on Wednesday 29 May, this year’s Spring Tour will feature a mix of long-established Fairport favourites and new material.

Fairport Convention has attracted critical acclaim: the band has won a coveted BBC Lifetime Achievement Award; Radio 2 listeners voted Fairport’s ground-breaking album Liege & Lief 'The Most Influential Folk Album of All Time'; and their story has been celebrated with a major documentary on BBC Four television.

For more information and to book tickets, contact our Box Office on 01646 695267 or visit https://torchtheatre.co.uk/fairport-convention/