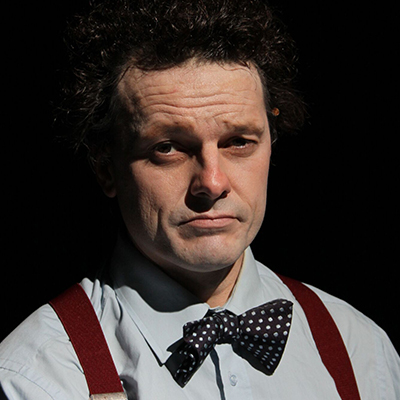 Rhodri Miles in Dylan Thomas: Clown in the Moon - On Stage Tue 17 April


“FANTASTIC, THE WHOLE AUDIENCE WAS IN THE PALM OF HIS HAND FROM BEGINNING TO END.” - ★★★★★ Edinburgh Guide

“My early work came out of a person who came willy-nilly out of one particular atmosphere and environment and are part and parcel, park and castle, lark and sea shell, dark and school bell, muck and entrail, cock, rock and bubble, accent, sea-lap, root and rhythm of them”

Having played Richard Burton in the critically acclaimed solo show ‘Burton’ to packed houses around Wales and England last year Rhodri Miles has revives his Dylan Thomas: Clown in the Moon show, which originally toured Wales back in 2014 as part of the Dylan Thomas 100 celebrations. (100 years since his birth) - ‘Clown in the Moon’ is written by Gwynne Edwards (who also wrote Burton) and is directed by acclaimed director Gareth Armstrong (Shylock, Burton, My Darling Clemmie, Rape of Lucrece, Becoming Marilyn, Wilde about the Boy)

"I will be running out of Welsh iconic figures after this,” says Rhodri.”  The most important thing to remember when playing famous figures (just look at Michael Sheen’s creations) is to capture the person’s essence as opposed to doing a straight out impersonation.

I think this solo show about the famous poet’s life is hilarious throughout. Gwynne has worked wonders once again filling the piece with the whit and cleverness associated with Dylan Thomas and his genius. The play is interwoven with renditions of his most famous works - poetry and prose, (his greatest hits so to speak ) culminating in the later darker poignant aspects of his life and his untimely death in New York at the age of 39”.

Since leaving the Metropolitan Police, Rhodri trained at the Bristol Old Vic Theatre School and has been a professional actor for over twenty years. Film credits include David Cronenberg’s ‘Eastern Promises. TV work - Richard II- Hollow Crown Series, Atlantis and Game of Thrones.

Theatre credits - Burton and as Ludovico in Othello at Sheffield Crucible, directed by Daniel Evans and starring the ‘Wire’ actor’s Dominic West and Clarke Peters.

“Dylan Thomas: Clown in the Moon” was co-produced by the Grand Theatre Swansea.