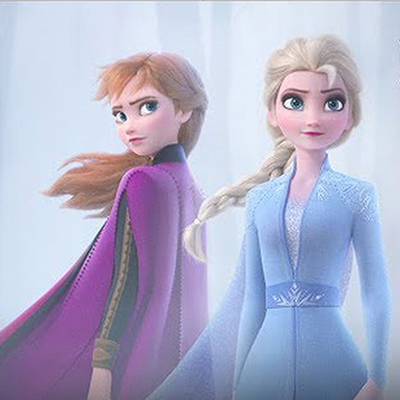 CHRISTMAS TREATS FOR THE WHOLE FAMILY AT THE TORCH THEATRE!


It’s the ‘most wonderful time of the year’ and lovers of entertainment are well catered for at the Torch Theatre, Milford Haven, this festive season, with a host of eye-catching new films alongside the best in drama, dance and opera broadcasts direct from some of the world’s most prestigious stages – and of course, Christmas wouldn’t be Christmas without our annual pantomime, the classic rags-to-riches story of Aladdin!

Other winter cinema highlights include feel-good romantic comedy Last Christmas, a festive treat starring Game of Thrones' Emilia Clarke and Emma Thompson. Unashamedly sentimental and packed with the songs of George Michael and Wham! it’s a perfect winter warmer for a girls’ night out or date night, and fans of the likes of Love Actually and Yesterday.

There’s something about the long winter nights that’s perfect for spooky horror chills. Doctor Sleep (screening Sun 8 – Thu 12 Dec), an adaptation of Stephen King’s The Shining sequel stars Ewan McGregor as the grown-up Danny Torrence revisiting the Overlook Hotel and the chilling events that took place there as depicted in the classic Stanley Kubrick movie.

Adrenaline junkies and petrol-heads can get a fix of high-octane, based-on-real-events drama in Le Mans ’66, starring A-listers Matt Damon (Once Upon A Time In Hollywood) and Christian Bale (Vice) as car designer Carroll Shelby and racing driver Ken Miles in the battle between Ford and Ferrari to produce the ultimate race car for the Le Mans 24 Hour in 1966.

We take a trip back into the golden age of the silver screen with a rare chance to see It’s A Wonderful Life on the big screen, showing on mid-December. The Tuesday 17 December matinee screening is part of our hugely successful Movies & Memories** series of screenings, following the success of Calamity Jane and Singin’ In The Rain.

If you’re one of the legion of Star Wars acolytes eagerly awaiting the concluding instalment of the Skywalker saga in Star Wars: The Rise of Skywalker, you don’t have to go a galaxy far far away – we have Star Wars: The Rise of Skywalker from midnight on its nationwide opening night, with plenty of opportunities over the Christmas holiday to feel the force of this climactic final stand-off between allies and enemies old and new!

Live broadcast audiences are in for a triple treat of seasonal fairytale ballets from the Royal Opera House, with new productions of festive classics Coppelia (Sun 15 Dec) and Sleeping Beauty (Thu 16 Jan) alongside another chance to see Yule favourite The Nutcracker, transporting audiences to an enchanted winter wonderland. Also returning to screens this winter due to popular demand is Kenneth Branagh’s 2015 production of A Winter’s Tale (Friday 10 Jan) starring Torch Theatre patron and national treasure Dame Judi Dench.

Last by no means least… The Torch Theatre’s Christmas show is an annual highlight in Pembrokeshire’s festive calendar (oh yes it is!), and this year promises to be no exception with the Torch Theatre Company’s 2019 pantomime Aladdin, which opens to general audiences on Thursday 19 December.

Jump aboard the magic carpet in our most magical pantomime yet, as we take you to a world where wishes can come true! With the fate of the universe at stake, one young man stands in evil’s way - with some help from his friends and a rusty old lamp. You can expect a thousand and one magical moments in an adventure story bursting with songs, toe-tapping music, dancing and a whole heap of fun! The cast includes a mix of new and familiar faces, including our very own Dame, Dion Davies as Widow Twankey, One Man, Two Guvnors’ musical director Lloyd Grayshon as the Genie and Emma Mulkern in the title role.

Whatever your tastes, there’s something for everyone at the Torch Theatre, so be sure to make the most of the entertainment on offer – it’s the perfect antidote to beat the winter blues and get into the Christmas spirit!

For more information on dates and times you can visit our website, access our brochures on site or digitally via the website or simply contact our friendly Box Office staff on 01646 695267 during opening times.

**Movies & Memories is a collaboration between the Torch Theatre and PAVS (Pembrokeshire Association of Voluntary Services). Set in a relaxed environment, our new Movies & Memories screenings are designed to suit the needs of people living with dementia, their family, carers and friends.

Café Torch is open from Monday to Saturday from 10.00am serving coffee and cakes; lunch is served from 12.00pm until 2.30pm. On Sundays, Cafè Torch is open an hour before the start of the performance until the start of the last film event of the day, serving a lighter menu. You can find our delicious December menu online: Booking is essential so please contact manager Lisa Canton on 01646 696086 or mobile 07792 160978 or email cafe@torchtheatre.co.uk