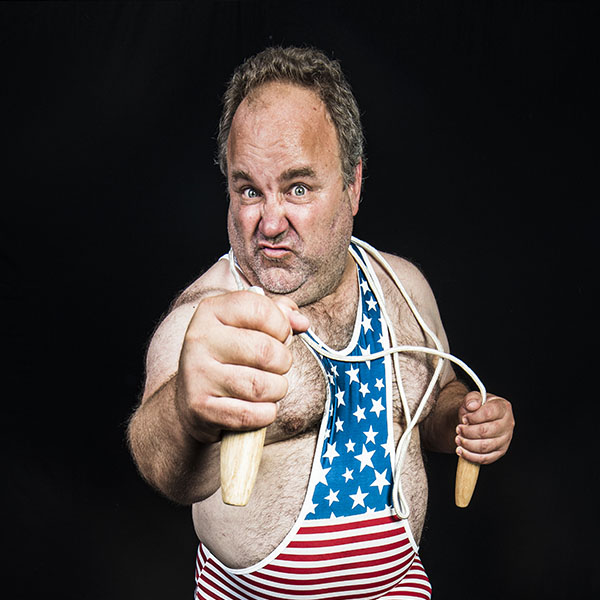 CHEW THE FAT WITH ROBERT BOWMAN, PROVIDING FOOD FOR THOUGHT AT THE TORCH THEATRE!


A man wakes up choking in the middle of the night. He fights for breath struggling to understand what has gripped his body. The attack subsides, but the shock remains. Looking in the mirror he sees a bloated stomach and body, much like his Dad’s. He swore he wasn’t going to be like his Dad…how did he get here?

Living Pictures Productions takes the battle of the bulge to the Torch Theatre this month, when their new show, Say When, comes to the stage on Wednesday 25 & Thursday 26 September, taking a darkly humorous look at weight loss and the impact food production has on the environment.

Performed by award winning actor, director and sometime Wrestler Robert Bowman, Say When is a darkly funny look at weight loss, the diet and food industries, wrestling, the environment and Robert’s relationship with his Dad. Set in the present day, this solo piece examines the travails that an ordinary, middle aged man faces when wrestling with the battle of the bulge.

In his wrestle with middle-aged spread, Robert begins to peep behind the curtain of the food industry, big agriculture and big burgers, leading him to ask himself - what’s it really going to take for him to look his ‘Belly’ in the mirror to face facts and say when?

Say When runs at the Torch Theatre, Milford Haven, on Wednesday 25 and Thursday 26 September at 7.30pm. After the performances, there will be a post-show discussion featuring guest speakers and your thoughts - plus some tasty, guilt-free nosh that’s food for thought. Tickets cost £8.50 and are available on 01646 695267 or from www.torchtheatre.co.uk