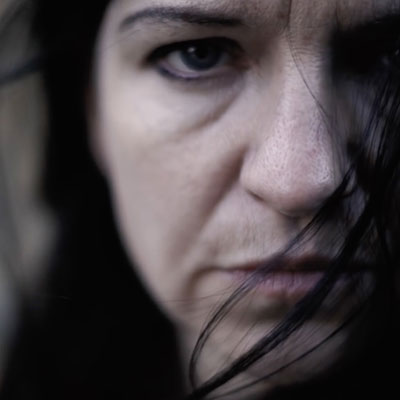 
Inspired by Ken Loach and Jeremy Sandford’s ground-breaking film Cathy Come Home, the production continues Cardboard Citizens’ exploration of the state of housing and homelessness. This powerful and emotive play, by award-winning playwright Ali Taylor (Goth Weekend, Cotton Wool, OVERSPILL) and directed by Cardboard Citizens’ Artistic Director Adrian Jackson, imagine a Cathy for the modern age. Based on true stories, the timely drama explores the impact of spiralling social housing costs, gentrification and the challenges of forced relocation through the compelling story of one family. Its story has proved so pertinent, the production was invited to play at both the House of Lords and as part of the Labour Party Conference.

Adrian Jackson, Cardboard Citizens’ Artistic Director said: “Cathy speaks to an issue which just becomes more and more urgent – with rental costs way beyond many people’s reach and still far too little social housing available, where will we live? I am glad London audiences will have another chance to see the play and I hope it will contribute to the debate about how we will solve our housing crisis.”

David Morrissey, Cardboard Citizens’ Ambassador, said: “I have had the pleasure of watching performances by Cardboard Citizens and the quality of the work is outstanding. This is theatre that can really change minds and I’m thrilled that more audiences in London and across the UK will have the chance to see Cathy; a show that has the potential to make a huge difference.”

Cathy first premiered in October 2016 at London’s Pleasance Theatre before visiting theatres, prisons and hostels around the UK. The hugely successful £1 ticket initiative offered vulnerable and homeless people an accessible way to experience the piece with almost 20% of audience members homeless or at risk. Most recently, the production had an acclaimed five star run at Edinburgh Festival 2017 where it was seen by over 2000 people.

The production has been researched with the support of housing and homelessness charity Shelter. Soho Theatre will offer audiences the chance to see the play as a stand-alone piece. Each performance during the rest of the tour will include an interactive style debate in classic Forum Theatre style. Forum Theatre is a style of theatre that empowers the audience to change the outcome and have their say on one of society’s most topical subjects today meaning every performance will be a completely unique experience. The audience will be encouraged to suggest different actions and outcomes for the narrative, helping to actively engage with the issues that the plays present and change the course of the central characters’ lives. Audience members can be as involved as they decide, whether choosing to get up on stage and act themselves or just sit back and watch as the story is rewritten in front of their eyes.

This revival celebrates the success of the audience’s interaction to date: Last year Cardboard Citizens presented the most popular audience suggestions for laws to change the UK’s current housing crisis to Members of Parliament during a special performance at the House of Lords.

The production will arrive at the Torch Theatre, Thursday 26 April, 7.30pm, for what the Scottish Mail on Sunday describes as “Essential viewing… Gripping, soul-wrenching stuff”. Tickets are available online, or through the Torch Theatre Box Office.

As with all Cardboard Citizens productions, a proportion of tickets for all venue dates will be made available to people with experience of homelessness at £1.