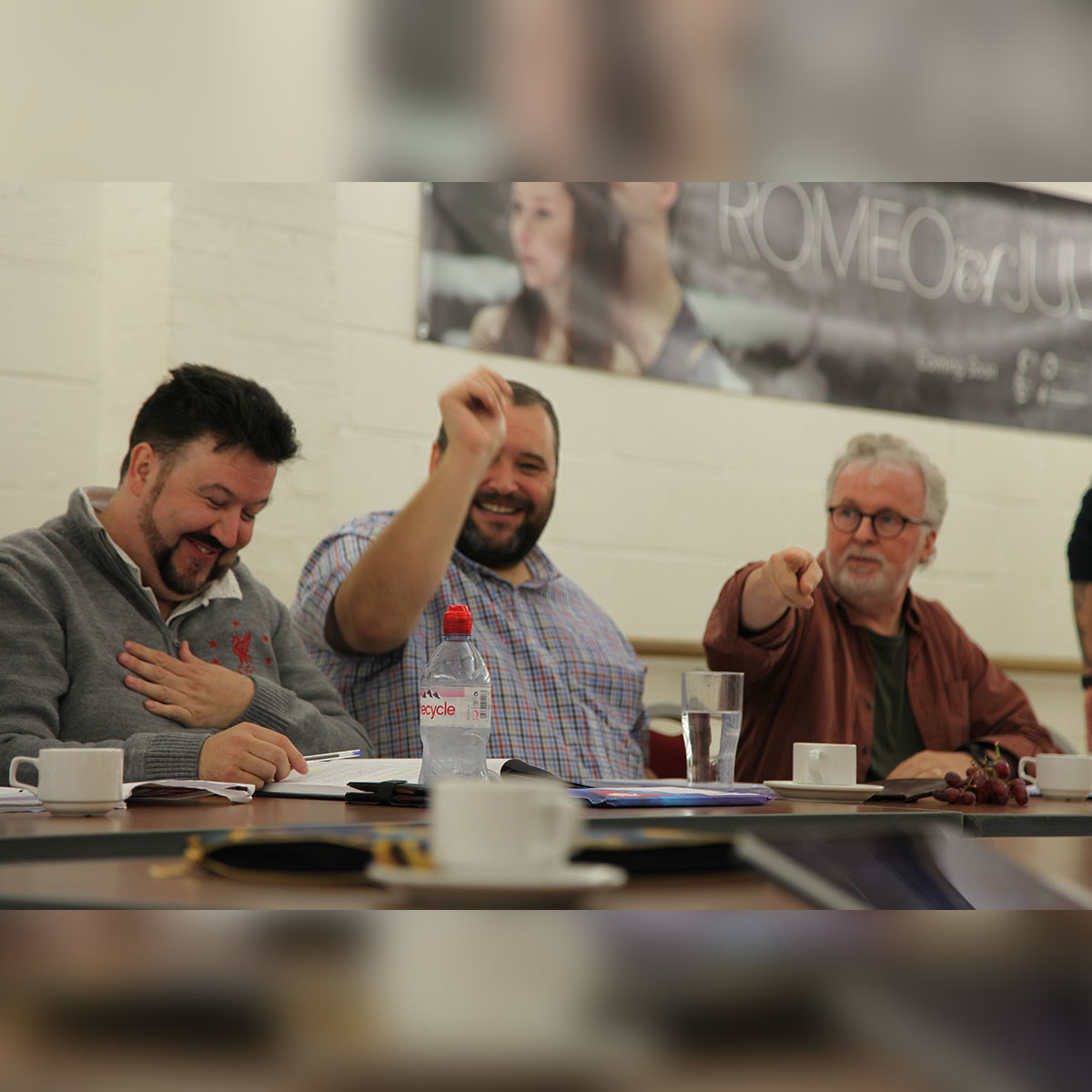 CAST MEMBERS DEEP IN REHEARSALS AS THE TORCH THEATRE PREPARES FOR THE OPENING NIGHT OF ONE MAN, TWO GUVNORS


Rehearsals are well underway for the forthcoming Torch Theatre production of One Man, Two Guvnors ahead of opening night next week! The cast have been rehearsing together since meeting for the first time on Monday 14 October in the theatre’s Junction space. Under the creative eye and direction of the Torch Theatre’s Artistic Director, Peter Doran (who is also making a cameo appearance in the show), the cast members have been put through their paces as the smash hit West End and Broadway production is brought back to life once again in the heart of Milford Haven. 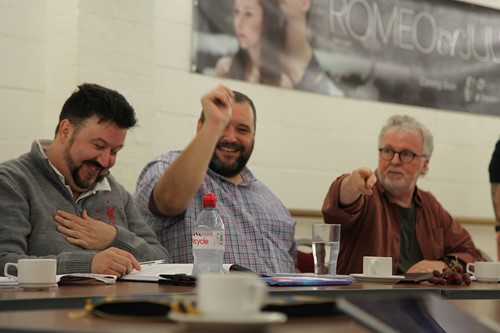 The curtain for One Man, Two Guvnors will go up on Thursday 31 October and Peter believes this production will be the must see hit of the Autumn with theatre audiences:

“Autumn is a very exciting time for us here at the Torch Theatre as it’s the period when we produce our own shows. We kick off our season with the wonderful One Man Two Guvnors, one of the biggest theatre hits over the past 30 years, it’s a pleasure to produce it here in Milford Haven, and we really hope you enjoy the production as much as we have rehearsing it.” 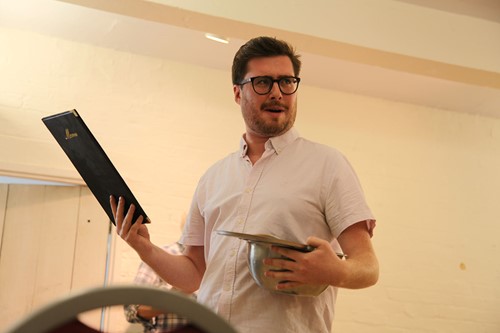 The production originally took to the stage in October 2018 at the Torch Theatre, receiving reviews to critical acclaim by both audience members and the press alike for its slapstick comedy and brilliant one-liners. Unfortunately the run at the time was cut short due to an injury to Christian but he is delighted to taking on the role again of the hapless Francis Henshall:

“I played ’Francis Henshall’ in Peter Doran’s production of One Man, Two Guvnors... Unfortunately the run of the play was cut short as I torn the retinas in both of my eyes! It hurt me very deeply not to be able to continue and left me with a sense of unfinished business so when Peter Doran suggested reviving the production later this year I said yes straight away.”

Joining Christian on stage will be Sarah Annis who plays the role of Dolly, the secretary of retried gangster, Charlie Clench. Sarah’s TV credits include appearances in Ashes to Ashes, The Royal, Doctors, Silent Witness, Eastenders and Holby City.

Taking on the role of frustrated thespian Alan Dangle will be George Naylor, whose recent stage credits include Wendy & Peter Pan (Royal Lyceum Theatre) and Much Ado About Nothing (Heartbreak Productions); with Miriam O’Brien as Alan’s dippy girlfriend Pauline. Regular visitors to the Torch Theatre may recall Miriam from her previous appearances in The Woman In Black, Dick Whittington, Sleeping Beauty and One Flew Over The Cuckoo’s Nest. 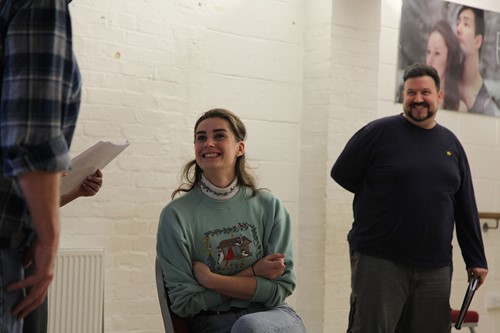 As Charlie ‘The Duck’, the Torch Theatre Company is delighted to welcome back Marcus Knibbs, who has previously worked with Peter Doran in the Torch Theatre productions of Gotcha, Taking Steps, Aladdin, The Hired Man and An Inspector Calls.

Making her Torch Theatre debut in One Man, Two Guvnors is Emma Mulkern as Rachel Crabbe. Emma has just completed a run in Jeff Wayne’s The War Of The Worlds: The Immersive Experience and will also be playing the title role in the Torch Theatre Company’s 2019 pantomime, Aladdin.

With a hilarious mix of songs, slapstick and one-liners, One Man, Two Guvnors is British comedy at its very best. The Torch Theatre’s 2018 production received rave reviews; described as “a fantastically funny show… that is not to be missed!” (Arts Scene In Wales), and “a truly hilarious, chaotic comedy production from start to finish” (Western Telegraph) 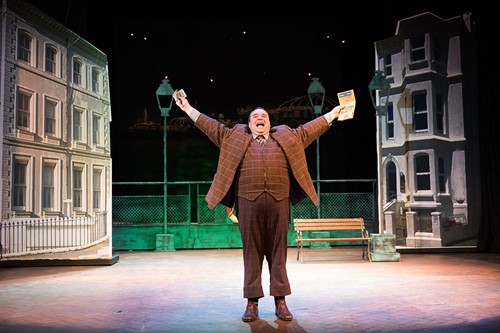 The most successful theatre comedy of the past fifty years, One Man, Two Guvnors has been seen by over 1 million people worldwide and ran in London’s West End from 2011 for three years, earning five star reviews from every London newspaper. The production ran in Broadway from 2012 before commencing on a national tour of the UK in 2014. Notable names who have previously performed in One Man, Two Guvnors include James Corden, Rufus Hound, Jodie Prenger and Shaun Williamson.

Peter Doran added: “It’s one of those shows that everyone should see – probably the funniest thing to hit the British stage in the last 25 years. Get your tickets now, it’s bound to be popular.”

One Man, Two Guvnors opens at the Torch Theatre, Milford Haven, on Thursday 31 October and runs until Saturday 16 November with a variety of evening and matinee performances, and a BSL (British Sign Language) interpreted performance on Thursday 7 November at 7:30pm.