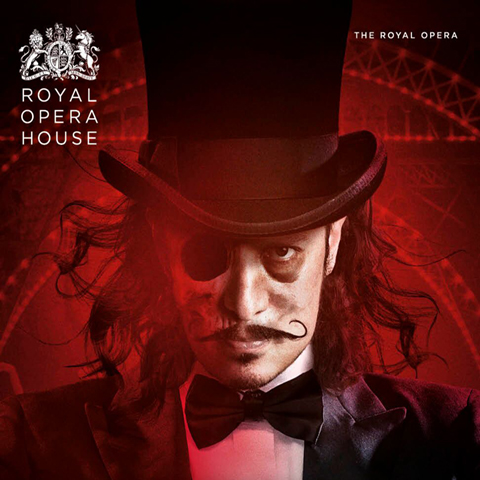 Be transported to 1870s Paris as The Royal Opera’s Faust is screened at the Torch Theatre.

Set in 1870s Paris, David McVicar's decadent and elegant production is the epitome of theatrical spectacle!

Hick-kicking cabaret, breath-taking ballet, sublime singing and Parisian passion will inspire cinemas audiences when The Royal Opera’s Faust is screened at the Torch Theatre, Milford Haven, on Sunday 5 May 2019.

Faust is the French composer Charles-François Gounod’s greatest masterpiece and a favourite with opera audiences worldwide. There are many versions of the story of Faust, who trades his soul with the Devil for youth and power, but Gounod’s opera remains one of the most constantly enthralling.

The opera tells the tale of the disillusioned philosopher Faust who loses faith in God and summons Satan to help him. The devil Méphistophélès appears and offers to make a bargain with Faust: he will give him youth and the young Marguerite’s love if Faust hands over his soul. Faust agrees, seduces Marguerite – but then abandons her, with disastrous consequences. Gounod’s superb score includes some devilish songs for Méphistophélès, Marguerite’s ecstatic ‘Jewel Song’ and a thrilling ballet in Act V.

Virtuoso leading roles, a large chorus, sensational sets, ballet and an ecstatic finale make this the epitome of theatrical spectacle – the lavish scale of French grand opera is wonderfully in evidence in this production by David McVicar, set in 1870s Paris. Above all, the music includes several of popular opera’s most recognizable numbers, performed by a cast of great international singers and the Royal Opera Chorus.

The Royal Opera House cinema broadcasts offer audiences the best seats in the house, and include exclusive behind-the-scenes footage, interviews and detailed close-ups of performers. Audiences are never far from a Royal Opera or Royal Ballet performance, with most UK viewers located within 30 miles of a cinema screening. The Royal Opera House Live Cinema Season, which broadcasts live performances of opera and ballet to UK and international cinemas, celebrated ten years of world-class cinema broadcasts in 2018. In the 2017/18 Season more than one million people globally saw a world-class opera or ballet production from the Royal Opera House, at one of more than 1,500 cinemas in 51 countries.

The encore screening of Faust takes place on Sunday 5 May at 2pm. The opera will be sung in French with English surtitles.

Please Note: This is an ENCORE screening.

For more information and to book tickets, contact our Box Office on 01646 695267 or visit https://torchtheatre.co.uk/royal-opera-house-faust-encore/