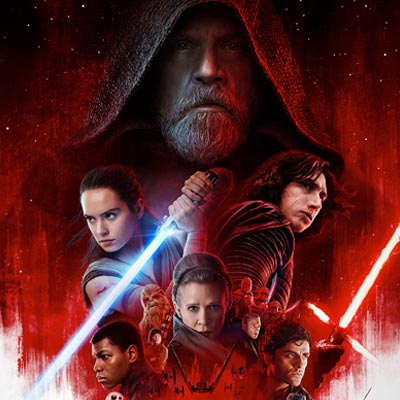 At A Local Theatre In A Town Not Too Far Away…


The eighth instalment of the greatest story ever told is here!

Having taken her first steps into a larger world in ‘Star Wars: The Force Awakens’ (2015), Rey (Daisy Ridley) continues her epic journey with Finn, Poe and Luke Skywalker in the next chapter of the saga.

Come to Milford Haven’s Torch Theatre on Wednesday 13 December to relive the adventure and be first in line to see ‘Star Wars: The Last Jedi ‘ (12A) at a special Midnight screening - commencing at 00.01am Thursday 14 December.

Picking up right where 'The Force Awakens' left off, 'Star Wars: The Last Jedi' finds Rey, after finally discovering Luke Skywalker, beginning her training in the ways of the Force, as the heroes of The Force Awakens join the galactic legends in an epic adventure that unlocks age-old mysteries of the Force and shocking revelations of the past.

Choose your path. Get tickets to 'Star Wars: The Last Jedi' now!  To book tickets or for more information, call the Torch Theatre Box Office on 01646 695267 or visit http://torchtheatre.co.uk/star-wars-episode-viii-the-last-jedi-2d/