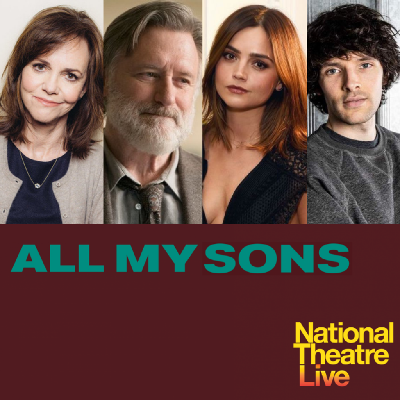 ‘ALL MY SONS’ BROADCAST LIVE FROM THE OLD VIC

America, 1947. Despite hard choices and even harder knocks, Joe and Kate Keller are a success story. They have built a home, raised two sons and established a thriving business.

But nothing lasts forever and their contented lives, already shadowed by the loss of their eldest boy to war, are about to shatter. With the return of a figure from the past, long buried truths are forced to the surface and the price of their American dream is laid bare.

All My Sons was the first major success by American playwright Arthur Miller that helped catapult him into the spotlight as a Broadway sensation, having even married Marilyn Monroe in 1956!

National Theatre Live 2019: All My Sons by Arthur Miller, directed by Jeremy Herrin

For more information and to book tickets, contact our Box Office on 01646 695267 or visit https://www.torchtheatre.co.uk/nt-live-all-my-sons