The Torch Theatre’s Christmas show is an annual highlight in Pembrokeshire’s festive calendar (oh yes it is!), and this year promises to be no exception with the Torch Theatre Company’s 2019 pantomime Aladdin, which opens to general audiences on Thursday 19 December. 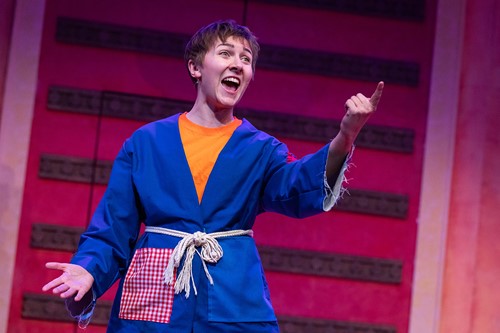 The building has been a-buzz with activity since Tuesday 3 December when Aladdin kicked off it’s schools performances, playing to packed, very excitable and vocal young audiences who “seemed to enjoy every aspect of the panto, from the impressive visual effects to the colourful costumes and sets” (Tenby Observer). As the theatre’s Artistic Director Peter Doran says, “It’s only when we put it in front of an audience that we know whether it works - and children are always very honest, if something doesn’t work, they’ll be sure to let you know!”

The cast sees some familiar faces back once again at the Torch Theatre, including our very own Dame Dion Davies who plays the flamboyant and outrageous Widow Twankey, One Man, Two Guvnors’ musical director Lloyd Grayshon reprising the role of the Genie and Emma Mulkern (One Man, Two Guvnors’ Rachel Crabbe). 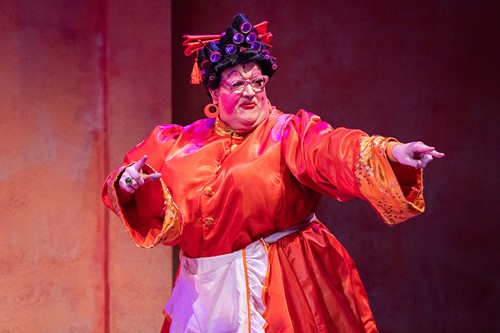 Making her Torch Theatre debut is Rosey Cale in the role of Princess Samina. The Pembrokeshire-based musician and performer, who recently supported the GRAMMY and BAFTA Cymru-award winning singer/songwriter Amy Wadge at the Torch Theatre, this is a ‘dream come true’:

“In 2011 when I was just a naive 17 year old, I emailed the Torch Theatre, Milford Haven asking for an audition for their pantomime, and to my disappointment I was told that I was unable to audition for a number of reasons. It made me determined to get some training in the performing arts in whatever way possible, hoping that one day I could perform at the Torch Theatre… For a long time I'd put this little dream of mine to the back of my mind and completely threw myself into the world of training and starting up my new found love of song writing. Little did I know that this year would be the year that dream came true. In June I received a lovely message from Peter Doran at the Torch offering me to come in for an audition....” 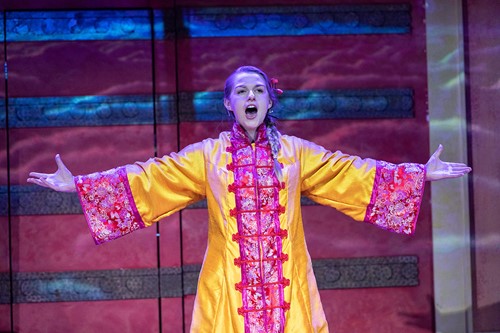 The cast is completed by Niall Quinn making his Torch Theatre Company debut as PC Ping – Niall has worked with prominent Welsh theatre companies including Shakespeare Schools Festival and Cardiff’s Open Air Festival, and recently appeared in Netflix’s Sex Education; BAFTA Cymru award-winning actor Dewi Rhys Williams stars as The Emperor, adding to a vast range of theatre, TV, film and radio credits; and Jams Thomas as the evil Abanazar (boooo) whose credits in a bustling thirty year career include the films Pride, Mr Nice and Score, and the National Theatre stage production of The Curious Incident of the Dog in the Night Time, to name but a few!

Aladdin opens to the public Thursday 19 December, including a BSL signed performance, interpreted by Liz May, on the 19th, and a relaxed performance on Saturday 21 December at 2pm. You can expect a thousand and one magical moments in an adventure story bursting with songs, toe-tapping music, dancing and a whole heap of fun! Tickets are flying out and are available from the Torch Theatre’s Box Office on 01646 695267 or https://www.torchtheatre.co.uk/aladdin-2019/