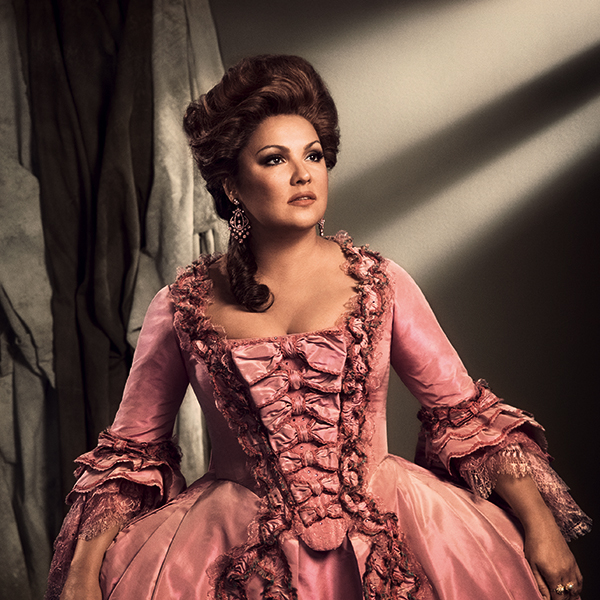 
Anna Netrebko brings her acclaimed portrayal of  the passionate real-life French actress at the heart of Francesco Cilea’s Adriana Lecouvreur to the Metropolitan Opera for the first time in a new production that will be transmitted live to the Torch Theatre on Saturday 12 January as part of The Met: Live in HD series.

For the first time at the Met, soprano Anna Netrebko sings the role of Adriana Lecouvreur, the eighteenth-century actress whose real-life intrigues inspired Cilea’s tragic opera. Adriana is adored by many but loves only Maurizio, sung by tenor Piotr Beczała, who adores her in return. Maurizio desperately tries to extricate himself from his previous lover, the Princess of Bouillon— mezzo-soprano Anita Rachvelishvili. When the princess discovers that Adriana is her rival, she takes desperate measures of her own. In this new production directed by Sir David McVicar, the action is partially set in a working replica of a baroque theatre. Gianandrea Noseda conducts the riveting score.

Russian soprano Anna Netrebko makes her Met role debut as Adriana, which she sang to critical acclaim at the Vienna State Opera in 2017. Since making her Met debut in 2002 as Natasha in the company premiere of Prokofiev’s War and Peace, she has sung 22 roles at the Met, including her role debuts as the title characters in Puccini’s Tosca and Manon Lescaut, Tatiana in Tchaikovsky’s Eugene Onegin, Leonora in Verdi’s Il Trovatore, Lady Macbeth in Verdi’s Macbeth, and the title role in Tchaikovsky’s Iolanta. She was seen earlier this season in the title role of Verdi’s Aida,which was seen in cinemas around the world as part of The Met: Live in HD series.

Adriana Lecouvreur will be broadcast live to the Torch Theatre on Saturday 12 January commencing at 5:55pm.

For more details and to book tickets visit https://torchtheatre.co.uk/met-opera-adriana-lecouvreur-cilea/ or call Box Office 01646 695267.