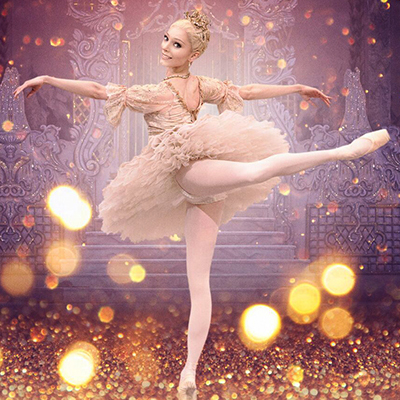 A CHRISTMAS TREAT FOR THE WHOLE FAMILY: THE ROYAL BALLET’S THE NUTCRACKER


A classic with a special place in the hearts of ballet fans around the world, festive favourite The Nutcracker will be shown at the Torch Theatre, Milford Haven, on Thursday 3 January in a special encore screening recorded at Covent Garden in the heart of London.

A family favourite, The Nutcracker is based on E.T.A Hoffmann’s beloved Christmas tale. The story follows Clara and the enchanted Nutcracker as they defeat the evil Mouse King, and go on a magical journey to the Kingdom of Sweets where they meet the Sugar Plum Fairy and an array of other memorable characters. The ballet is set to one of Tchaikovsky’s most ravishing scores, which perfectly captures the spirit of the festive season. Peter Wright’s production has enchanted audiences since it was first performed by The Royal Ballet in 1984 and continues to be a staple of the Company repertory.

The Royal Opera House cinema broadcasts offer audiences the best seats in the house and include exclusive behind-the-scenes footage and interviews presented by Darcey Bussell and Ore Oduba and incredibly detailed close-ups of performers. In 2017/18 more than one million people globally saw a production of world-class opera or ballet from the Royal Opera House at one of more than 1,500 cinemas in 51 countries.

The next production in the Live Cinema Season is The Royal Opera’s The Queen of Spades, screened on Tuesday 22 January 2019.

The Royal Ballet’s The Nutcracker will be screened at the Torch Theatre in an encore screening on Thu 03 Jan 2019 at 3:00pm.

The Nutcracker lasts approximately two hours and 20 minutes with one interval.

For more details and to book tickets visit https://torchtheatre.co.uk/the-royal-ballet-nutcracker-encore/ or call Box Office 01646 695267.

Please Note: This is an ENCORE screening.