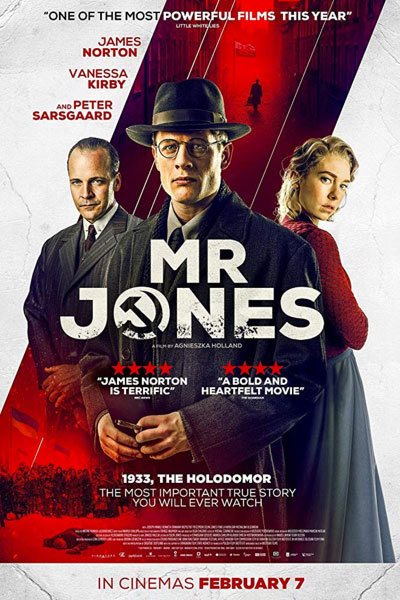 The extraordinary and powerful story of the real-life Welsh journalist who uncovered Stalin’s genocidal famine in Ukraine, which killed almost 10 million.

Gareth Jones (James Norton; Happy Valley, War and Peace, McMafia) gained fame after writing about his flight with Hitler. Jones travels to Moscow in an attempt to get an interview with Stalin.

Hearing murmurs about a government-induced famine, Jones travels clandestinely to Ukraine, where he witnesses the atrocities of man-made starvation.