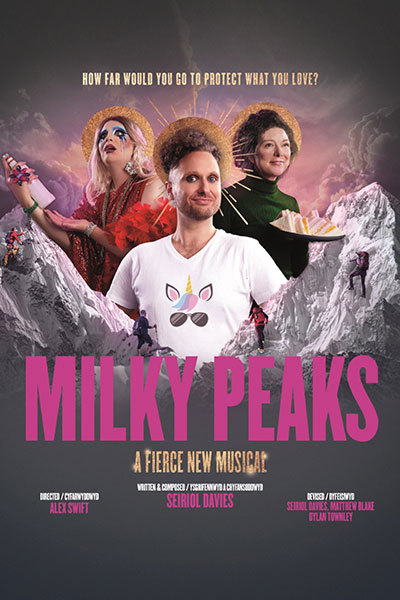 Nestled in the bosom of Snowdonia, the small town of Milky Peaks is nominated for ‘Britain’s Best Town’, which is lovely. However, the award has an insidious far-right agenda, threatening the heart and soul of the community.

Can three lost souls and a shabby drag queen club together to save the identity of their beloved Milky Peaks?