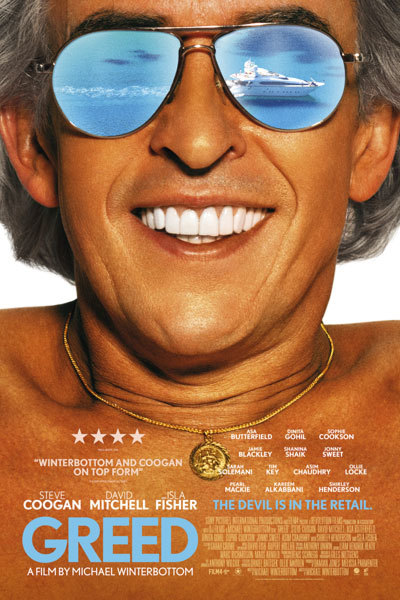 Circling the life of a fictional high-street fashion mogul called Sir Richard “Greedy” McCreadie (Steve Coogan) as he prepares for a monumentally tasteless, Roman-themed 60th birthday party on the island of Mykonos.

McCreadie has just suffered a nightmare of bad publicity following a catastrophic performance in front of a parliamentary select committee, and all the celebs are starting to pull out of his bash.

Written and directed by Michael Winterbottom.