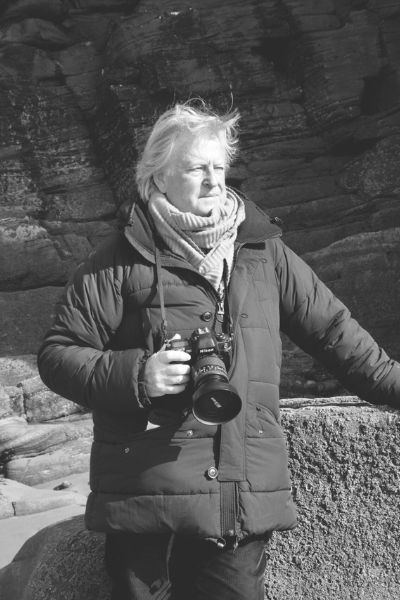 
For the month of August I will be exhibiting, with my wife Christine, in the Torch Theatre’s Joanna Field Gallery. The exhibition is called ART WORKS and features a wide variety of creative executions. All our artworks, however, have been inspired by the Cleddau estuary, specifically the waterway and bird life between Benton Wood and Picton Point.

Our original plan was to exhibit in August 2020 to celebrate our joint 70th birthdays, but our plan was delayed because of COVID. Better late than never! It has been an interesting journey to get to the Torch.

I was born in Llangwm, Pembrokeshire. I went to Llangwm School, Haverfordwest Grammar School and Art School. It was at Art School that I met my wife, Christine.

After leaving Goldsmiths College, London I taught and exhibited for a short period before taking a major change in career direction and for over 30 years I enjoyed a successful marketing career based in London and New York. In 2010 we sold our Thames Valley home and moved to Black Tar, Pembrokeshire to embark on new careers as artists!

It has been a challenging experience. But success has come with disappointment, though not in equal quantities, and I have achieved my primary objective of having ‘one man show’ exhibitions in several commercial galleries including:

And then there is my book – BODY ROCK SAND

I have taken photographs since I was in school. At Art School I studied painting and printmaking. Photographic imagery and techniques always played an influencing role.

A pivotal ‘creative’ event occurred for me in 1970. I was in Art School and Christine gave me a Christmas present - a book by the acclaimed French photographer Lucien Clergue. The book is called Nee de la Vague, (Born of the Waves) – a black and white publication of female nudes shot in the sea and on the beaches of the Mediterranean.

From the outset, the content of the book influenced the content of my creative output. It became my dream to one day produce my own version of Lucien Clergue’s book.

Lucien Clergue was born in Arles and died in 2014. In 2016 we visited Arles. We met his daughter Anne who gave us a personal tour of her father’s atelier. The spell was cast and I vowed to make the dream a reality.

So in 2016 I started work on the project of producing my very own version of Nee de la Vague! 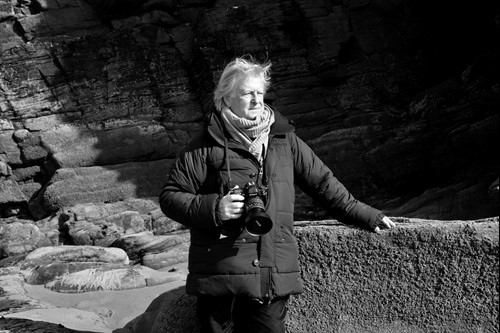 The project has taken six years to execute and the book was launched in 2022.

Body Rock Sand is the fruition of an idea generated in Ian Jacob’s mind over 50 years ago. The final photographs are moments in time which capture the ever-shifting nature of the shore, its fleeting patterns and textures, exploring contrasts between the solidity of rock and the suppleness of the female form, the sensuous relationship between it and the sea, and, at their most experimental, creating new forms through the synthesis of a model with the surrounding landscape and natural features. They are the result of a process of care and craft, patience and perseverance, of battling tide, time and conditions to achieve the extraordinary.

I do hope you will experience both ART WORKS and BODY ROCK SAND.