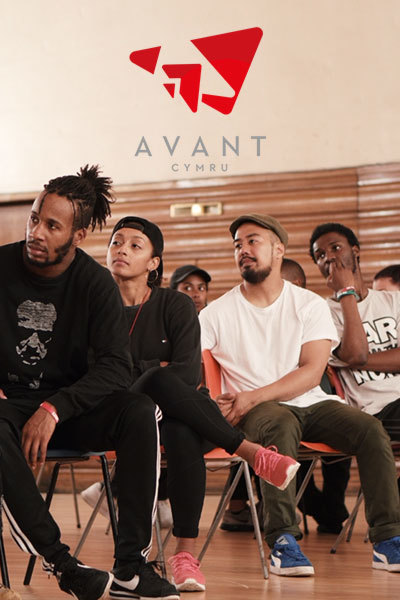 As part of the Rooting Hip Hop Theatre in Wales programme Avant Cymru are working with Artists 4 Artists to deliver fun, exciting Hip Hop Dance workshops for all!

"Ivan soon started working on music videos with artists such as Dizzee Rascal and Neneh Cherry; adverts with brands like Adidas, Reebok and Samsung and television programmes with broadcasters like the BBC.

After establishing a successful commercial career, Ivan went on to create his own work as well as co-found BirdGang Dance Company. This led to the creation of the critically acclaimed production A Harlem Dream at The Young Vic, where Ivan was appointed Associate Artist.

Most recently Ivan Blackstock has focused primarily on being an independent artist and creating work via his alter ego SWNSNG. His work can be described as intense, thought-provoking and political dance theatre. Ivan has been presented at events like Sadler’s Well’s Breakin’ Conventional Festival, Latitude Festival, and The National Theatre’s outdoor programme."

Suitable for ALL Ages & Abilities